Anonymous scout raves about ‘athletic’ Duncan Robinson’s potential: ‘You can run offense through him’ 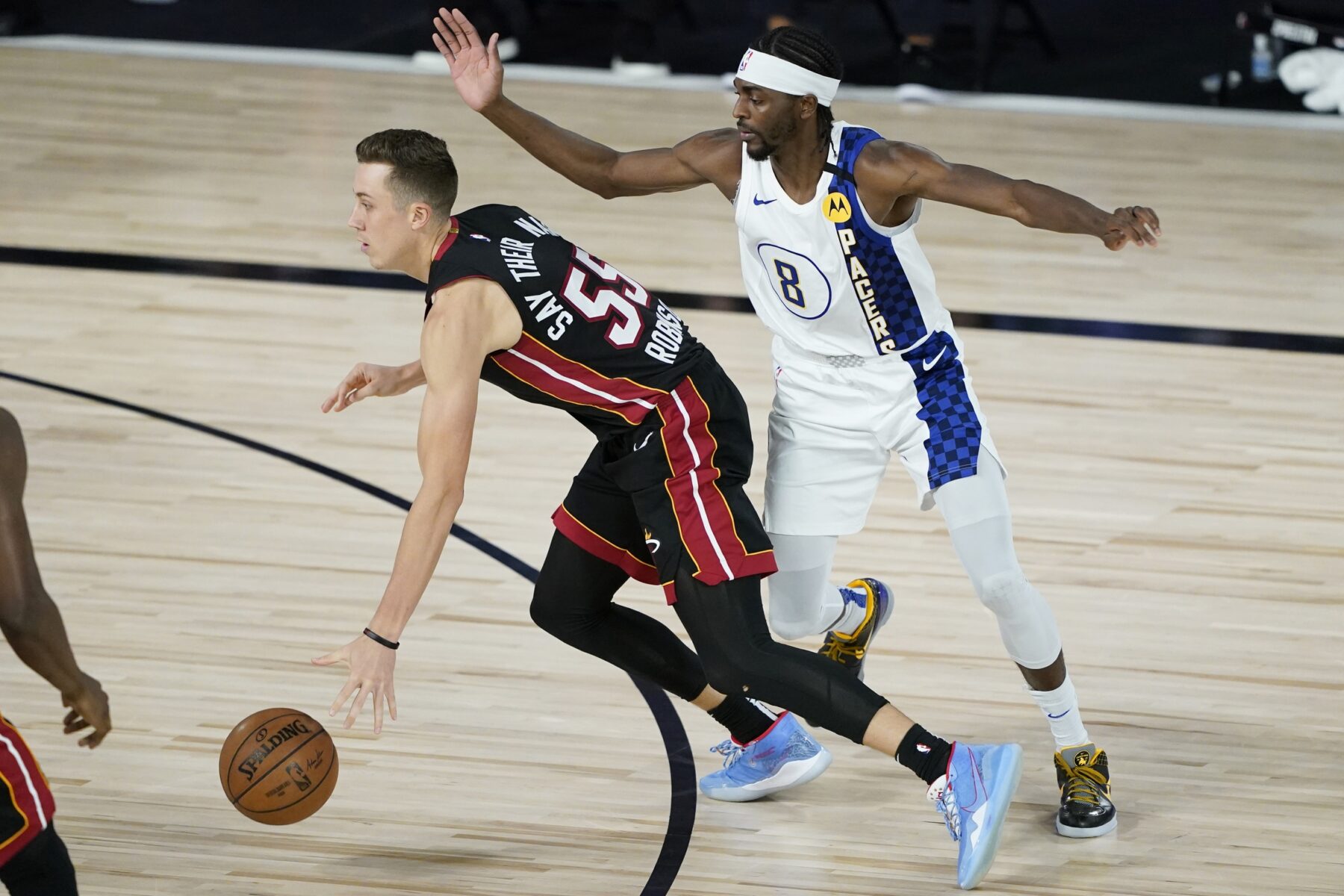 Duncan Robinson burst onto the scene last season for the Miami Heat and quickly made a name for himself as one of the most promising young shooters in the NBA.

However, it appears that Robinson has far more up his sleeve than just the ability to launch bombs from deep.

A scout recently evaluated Robinson and made it clear that there is a lot more that Robinson has to offer.

“I didn’t think Duncan Robinson could play against good teams in the NBA. He’s not a great individual defender, but his team defense is solid,” the scout told the staff at Sports Illustrated. “And he is 6’ 7”. He is big enough, he has length. It’s one thing if you are 6’ 3” and suck defensively. He’s more athletic than you think. You can run offense through him. He can pass it. He impacts the game in a ways I didn’t see. You can’t take him out of a game just by running him off the three-point line.”

An assessment like this makes it much more clear why Robinson is reportedly a “major sticking point” in trade talks for former MVP James Harden.

After all, it has become clear over the last few seasons that the kind of shooting ability Robinson possesses can help win teams championships.

Last season, Robinson averaged 13.5 points per game on 44.6 percent shooting from the beyond the arc.

If he can display improved defense, passing and athleticism this season, there is no limit to how dangerous of a player he can truly become.