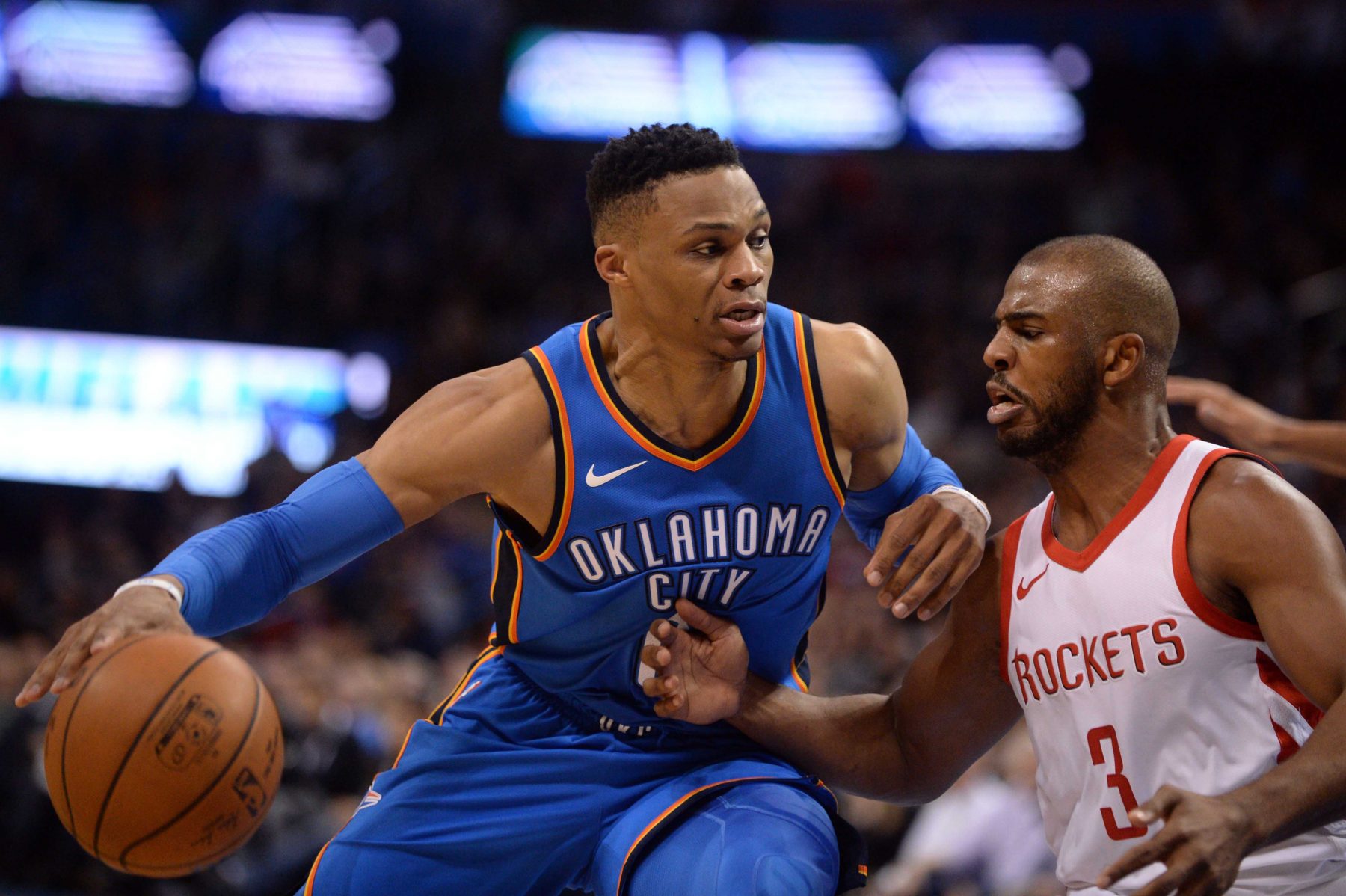 It doesn’t look like superstar point guard Russell Westbrook will be joining Jimmy Butler in Miami after all.

That’s because ESPN’s Adrian Wojnarowski has reported that Westbrook has been sent to the Houston Rockets in exchange for Chris Paul, first-round picks in 2024 and 2026, and pick swaps in 2021 and 2025.

This leaves the Thunder with with an unfathomable eight additional first-round picks through 2026, plus four pick swaps.

The Heat had long been reported to be the frontrunners to land Westbrook, as the mercurial guard even had Miami at the top of his short wish list.

There are sure to be many disappointed in Miami, but others may be celebrating due to the Heat being able to retain young studs Justise Winslow, Tyler Herro and Bam Adebayo.