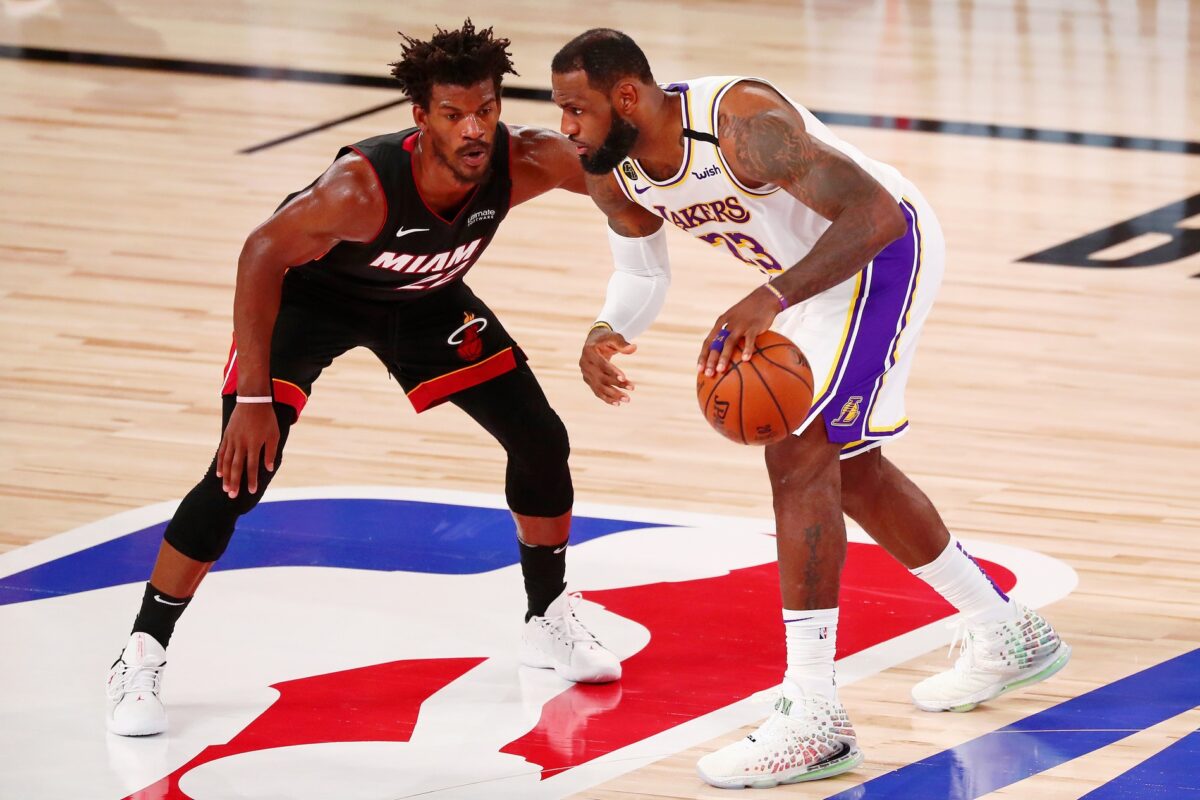 Late in Game 3 of the NBA Finals, Miami Heat All-Star Jimmy Butler made a layup to put the contest out of reach, then told the Los Angeles Lakers that they were in trouble.

It looks like Butler’s trash-talk was in response to something similar James told him earlier in the game.

Butler certainly earned the right to talk smack to the Lakers, as he had 40 points, 11 rebounds, 13 assists, two steals and two blocked shots.

The Heat ran out to a sizable early lead and maintained it for most of the game en route to their 115-104 victory.

James helped the Lakers’ cause with 25 points, 10 rebounds, eight assists and two blocks, but his eight turnovers ultimately sabotaged L.A.’s chances of going up 3-0 in the series.

Instead, the Heat are very much in this championship series.