Report: Chris Bosh Not Ruling Out Return to NBA This Season 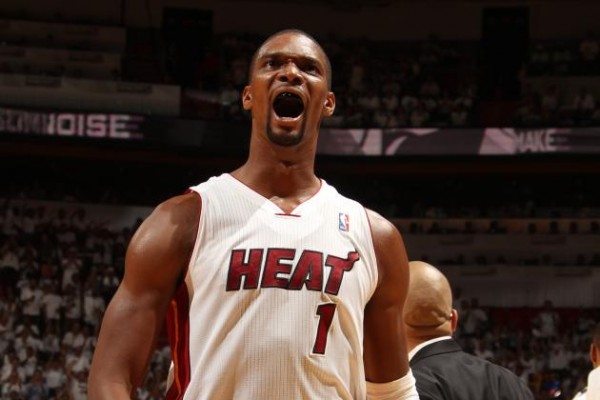 Former Miami Heat forward Chris Bosh is looking to make a return to the NBA sometime in the near future. During an interview with ESPN’s “First Take,” Bosh talked about his intentions to make a comeback.

.@chrisbosh says he's trying to come back to the NBA. pic.twitter.com/2yUmuaonCw

“I’ve been in the gym. I can still play basketball. No, I’m not done yet,” said Bosh. “Yeah, I’m trying to come back. Man, I see all these guys shooting threes and not playing defense, and man, I’ve got to get some of it.”

The fourth overall pick in the 2003 NBA Draft spent the first seven years of his career with the Toronto Raptors before signing with the Heat as a free agent in 2010. With the Heat, he played six years, winning two championships and averaging 18.0 points and 7.3 rebounds per game.

Bosh threw out the possibility of returning to playing as soon as this season.

“The roster spots haven’t been filled this season yet,” said Bosh. “So there’s always a possibility.”

When asked about what teams he would think about joining, Bosh mentioned that he wanted to go to a “top three” team and named the Golden State Warriors, Houston Rockets and Raptors. To be eligible for the playoffs, he would need to sign with a team before March 1. When asked about who he would sign with between the Cleveland Cavaliers or the Raptors, Bosh replied with, “Whoever makes me the better deal.”