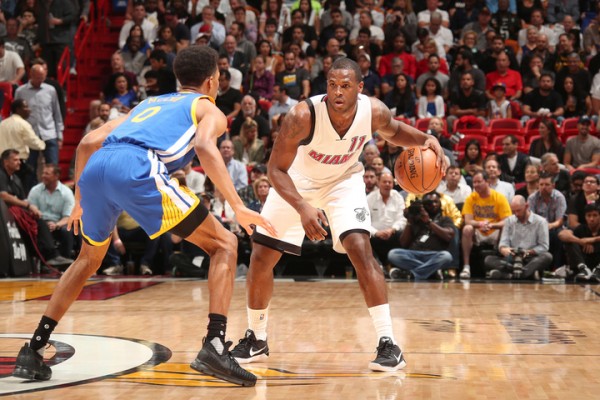 While the NBA’s opening week and Christmas Day matchups were revealed earlier this week, the entire schedule is not yet known. The Miami Heat were left out of both high-profile events, but thanks to a recent leak, we now know five of the Heat’s most notable matchups for the 2017-18 regular season.

According to the Miami Herald, a tentative schedule was circulated around select individuals in the league that revealed the five upcoming games. They include an opening night game at Orlando, a home opener against the Indiana Pacers, and a matchup against the Chicago Bulls on Martin Luther King Day. The other two games include the only home meeting against the Cleveland Cavaliers in late March, and the only home matchup versus the Golden State Warriors in early December.

Some of the notable regular-season games got leaked, here they are. The HEAT won’t be playing on Thanksgiving or Christmas this season. Note: the full schedule to be announced next week! #HeatNation #MiamiHeat #TeamHeat #HeatGang #Heatvshaters

All of these games are definitely not ones to miss, but the Miami Herald did add that these games may be subject to change:

“Though most of the games on the preliminary schedule remain intact, the NBA and Heat have the right to change a few games before the schedule is released and that does sometimes happen.”

Thanks to the seemingly endless string of offseason drama in recent weeks, NBA fans have had no shortage of news. While the recent speculation has been fun, it’s also great to see signs that on-court entertainment is just around the corner.
[xyz-ihs snippet=”HN-Native-EndofArticle”]