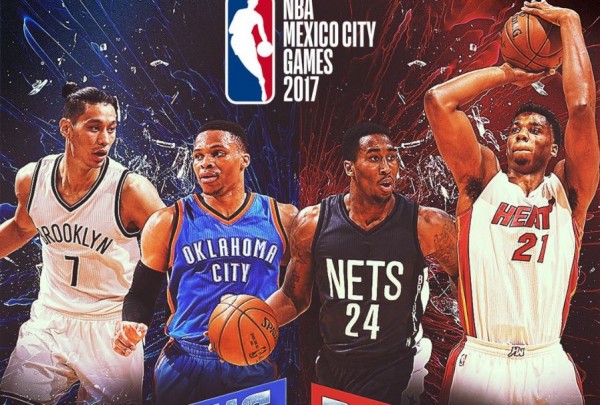 The Miami Heat will be taking their talents south of the border for the 25th anniversary of the NBA’s inaugural game in Mexico City.

Miami is scheduled to play Dec. 9 versus the Brooklyn Nets, the second half of the two-game regular-season fiesta.

“We are thrilled to be able to participate in the NBA Mexico City games. The game of basketball is truly a global game and we are proud to be a part of its return to Mexico City. We look forward to our first-ever regular season game there and bringing the HEAT experience to our fans in Mexico.”

It will be the first time the Heat will be playing in Mexico since the inception of the annual games.

The first matchup will line up the Nets against Russell Westbrook and the Oklahoma City Thunder on Dec. 7.

NBA commissioner Adam Silver said the following in a statement:

“They will also mark the 25th anniversary of our first game in Mexico City, a milestone in our relationship with our Mexican fans and a further indication of our desire to strengthen our ties to Mexico and Latin America.”

These games are of particular importance to the league, which has been keen on adding not only more games in Mexico City to the NBA schedule, but are openly considering possible expansion into the great metropolis as well.
[xyz-ihs snippet=”HN-Native-EndofArticle”]