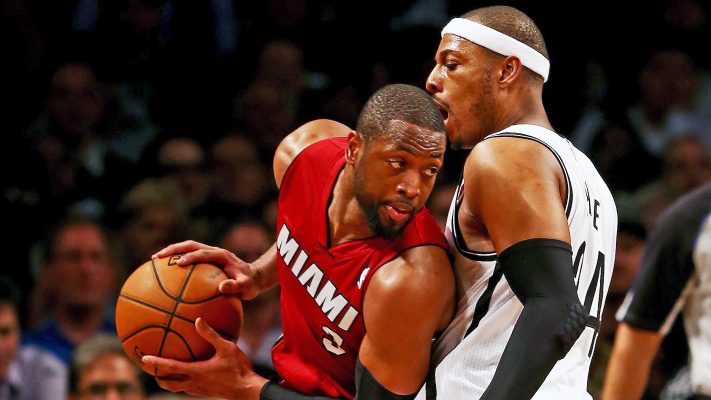 Former Boston Celtics forward Paul Pierce caused quite a stir earlier this month when he said that his NBA career was better than Miami Heat legend Dwyane Wade’s.

After receiving lots of backlash for the comments, including a “Paul Pierce sucks” chant breaking out at Wade’s last NBA game in Miami, Pierce has made it clear that he doesn’t care about what people think.

“You know I don’t care about stuff,” said Pierce. “I don’t know how this happened. You know me, you know that stuff don’t bother me. As a player I was the same way, that’s what made me who I am. People can say what they want to say but I’ve always been a villain in this league. I’ve always been booed on the road.

“It’s nothing new. It doesn’t bother me one bit.”

Pierce also mentioned that he thought it didn’t make sense to talk about what he said when it was a time to appreciate Wade’s greatness and celebrate his career.

“I thought even like in Dwyane Wade’s last game, I thought that was silly [to talk about my comments] because it takes away from what he’s accomplished and what he’s done,” said Pierce. “Why are they worried about what I say? I don’t even play no more.”

Throughout his career, Pierce played against the Heat a total of 57 times, averaging 21.1 points, 5.8 rebounds and 3.2 assists per game.

With people continuing to give their opinion over the matter even though Pierce and Wade are now both retired, it doesn’t seem like this topic will be dying down anytime soon.
[xyz-ihs snippet=”HN-300×250-TextnImage”]