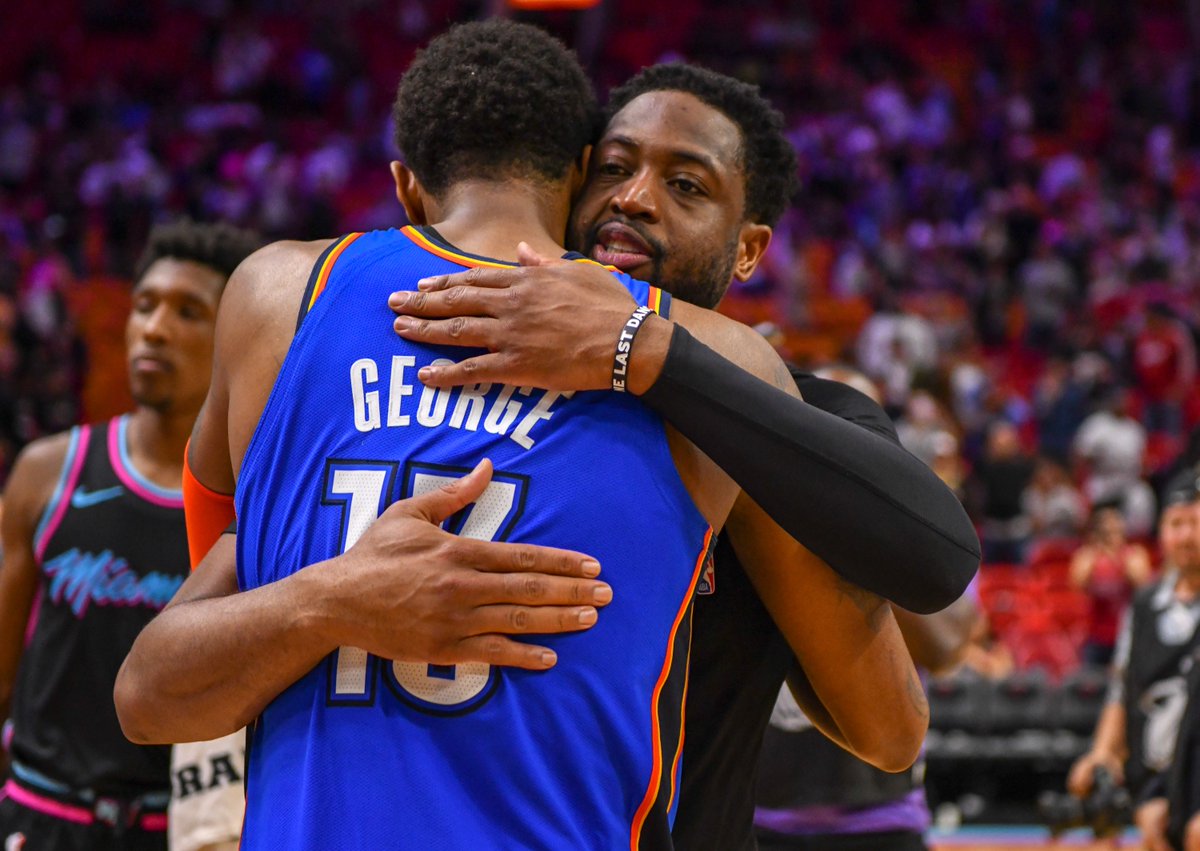 After Friday’s game between the Oklahoma City Thunder and Miami Heat, Thunder forward Paul George paid his respects to Heat guard Dwyane Wade by saying that the 37-year-old was a key part of his development as a player.

“D-Wade is a guy I look up to,” said George. “We have shared a bond through competition and now through mentorship as a guy that I look at and honestly want to model my off-brand, off of the court, stuff like. It’s great for him. He has had an amazing run. Couldn’t say enough about D-Wade and what he has been to this league and honestly, what he has been for my development. He played a huge role in my development and who I am now as a player.”

George was the latest player who had the opportunity to swap jerseys with Wade.

In the game between the two teams, George was the one that stole the show, recording 43 points, seven rebounds, five assists and two steals while hitting 10 3-pointers. As for Wade, he had seven points, six assists and three steals in 23 minutes off the bench.

Throughout their careers, George and Wade have come up against each other a total of 43 times with 24 of those matchups coming during the regular season and 19 coming in the playoffs. Wade has the edge in victories (22 compared to George’s 21).

The first time the two superstars faced off in the NBA was on Feb. 8, 2011, when George was still a member of the Indiana Pacers.

It’s nice to see that other great players around the league are able to show their appreciation for what Wade has been able to do in his 16-year NBA career.

George will be able to face off against Wade one final time when the Thunder host the Heat on March 18.
[xyz-ihs snippet=”HN-300×250-TextnImage”]