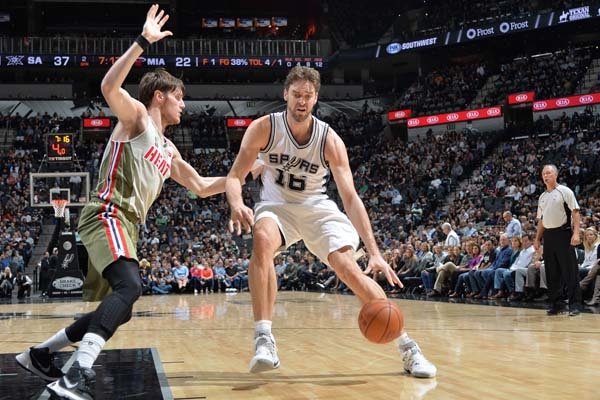 On Monday night, the Miami Heat were edged by the San Antonio Spurs, 94-90; and although they dropped their fifth consecutive game, they showed resolve and fight by cutting down an early 18-point deficit to just a four-point loss.

With Hassan Whiteside and Dion Waiters leading the way, the Heat nearly completed the comeback.

And while the Heat deserved credit for their hard-fought comeback attempt, opposing forward Pau Gasol, instead, apparently took a shot at their style of play.

Gasol told lead Spurs beat writer Jeff McDonald that the Heat got away with a lot of contact throughout the game.

Pau, on Miami's style: “They get away with a lot of contact, because otherwise the referees would have to stop the game pretty often.".

Gasol’s statement obviously came from a place of frustration as the Heat were playing him physical all night. The Heat ended up getting called for 23 fouls, while the Spurs committed 15.

There’s no doubt that the Heat are a gritty opponent for any team; and as young, motivated individuals looking to prove themselves, they’re looking to put together any win they can get. The Spurs, on the other hand, are an older, more experienced team filled with veterans. The Western Conference contenders, evidently, aren’t used to this much physical play early in the season.

Nonetheless, if it takes physicality to win games, the Heat will take that route.

The team has opened the season with a disappointing 2-7 record and will look to get back to their winning ways on Tuesday night against the Atlanta Hawks at 7:30 p.m.
[xyz-ihs snippet=”Responsive-ImagenText”]