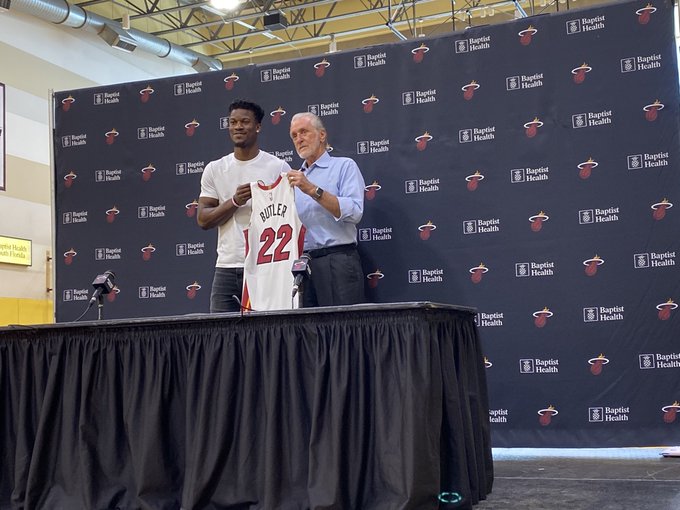 Jimmy Butler and Pat Riley took the podium on Friday afternoon to officially welcome the four-time All-Star to the Miami Heat.

The presser was mostly sunshine and roses, but both Butler’s and Riley’s intense personalities poked through at times.

One such moment came when Riley was speaking about Butler’s fiery personality and how it might mesh with the legendary Heat culture.

Pat on Jimmy and the Heat culture: "I hope he likes it. But it's going to be hard. He's going to find out."

The Heat are known for being an organization that is committed to hard work and high character. Butler is infamous for his desire to push both himself and his teammates. While it has worked in the past, it has also brought entire NBA organizations to their knees.

All offseason, fans and experts alike have spoken about how the pairing of Butler and the Heat should be a match made in heaven.

That doesn’t mean, however, that Riley does not foresee a period of transition.

If all goes according to plan, Butler will not just be the leader on the court, but off the court as well. That will require him to buy in fully to the culture that has been fostered over much of the last two decades.