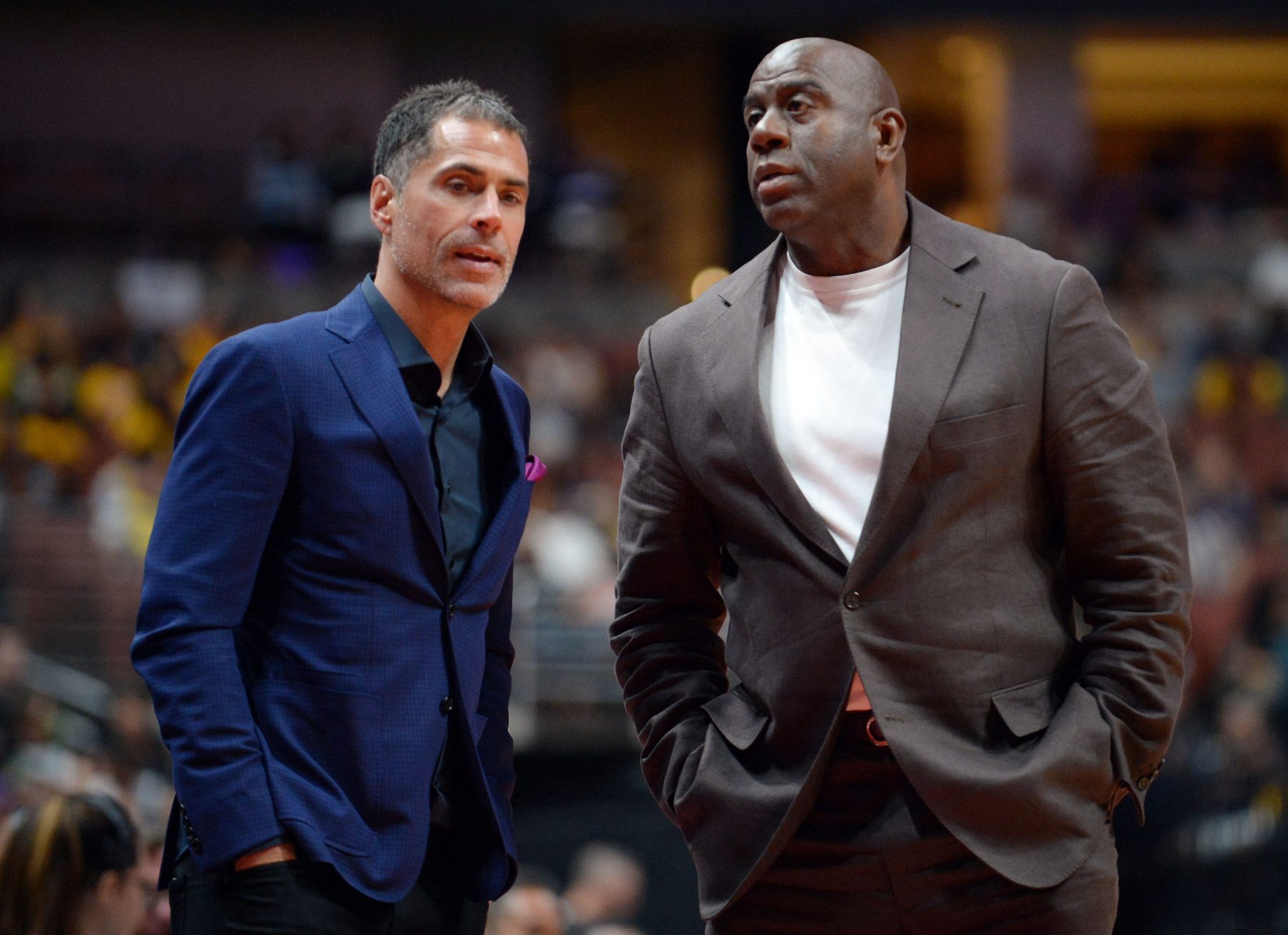 Former Los Angeles Lakers president of basketball operations Magic Johnson made headlines on Monday morning, when he openly criticized the Lakers and some members of their front office.

In particular, Johnson publicly rebuked Lakers general manager Rob Pelinka by stating that he was “backstabbed” during his brief tenure as Lakers president.

“I started hearing, ‘Magic, you’re not working hard enough. Magic’s not in the office,'” Johnson said on ESPN’s “First Take.” “People around the Lakers office were telling me Rob was saying things, and I didn’t like hearing those things being said behind my back.”

Johnson didn’t stop there as he digressed on his relationship with Pelinka.

“What happened was, I wasn’t having fun coming to work anymore, especially when I’ve got to work beside you, knowing you want my position,” Johnson said. “And I’m OK with that. Because this is what happened: I told [Pelinka] in Year 2, ‘I’m only going to be here three years. So, my job, Rob, is to get you ready for this position.’

Current Miami Heat president Pat Riley was asked about his thoughts on Johnson’s comments on Monday. Riley has always had a good relationship with Johnson and further justified that relationship as he backed Johnson.

“Surprised by his comments? No, not at all,” Riley told ESPN on Monday afternoon. “I’ll tell you about Earvin — and it’s what I love about him, but also what I have cautioned him about — he’s going to speak his mind. If that’s how he felt, that’s how he felt.

“He’s not going to leave a hanging curveball out there about backstabbing and whispering. He manned up today. That’s who ‘Buck’ is. He would never tolerate that. He never has tolerated that.”

However, as Johnson continued to eviscerate Pelinka and the management of the Lakers’ front office on Monday, Riley stated that he didn’t concur with Johnson’s distrust of Pelinka.

“I’ve never had a problem with Rob,” said Riley.

“But this kind of s— goes on in organizations every day. The organization gets too big, there are too many people who have been around a long time, and they start voicing their opinion about things, and that’s when the culture starts to crack.

“Maybe Earvin’s honesty will do something to get [the Lakers] thinking.”