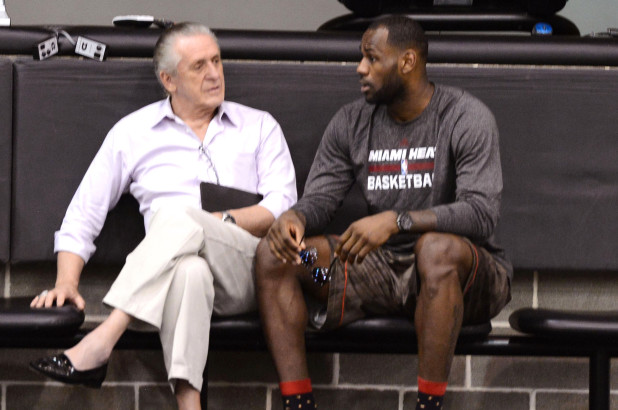 Miami Heat team president Pat Riley took time to reflect on the aftermath of LeBron James’ departure from the team in the offseason of 2014.

“I had two or three days of tremendous anger. I was absolutely livid,” Riley said of James returning to Cleveland after the 2014 season, which was revealed in Ian Thomsen’s insightful 2018 book, The Soul Of Basketball. “My beautiful plan all of a sudden came crashing down. That team in 10 years could have won five or six championships. But I get it. I get the whole chronicle of [James’] life.”

James along with the help of Chris Bosh and Heat legend Dwyane Wade created a dynasty from 2010 to 2014. After succumbing to the talents of the San Antonio Spurs in the 2014 NBA Finals, James decided it was in his best interest to come full circle and return to his native stomping grounds with the Cleveland Cavaliers.

Riley made a significant point in his statement about James leaving. In 10 years, who’s to say where the Heat could’ve been? They were fresh off a Finals appearance, and remained an attractive destination for veterans with unique skill sets that could elevate the talent level of their Big 3 core.

Looking at James’ productivity even at the age of 33, the Eastern Conference would’ve still been Miami’s for the taking. Even working through the downfall of Bosh’s career-ending blood clots, the Heat could’ve placed themselves in position to land another star after making a few salary-dumping trades.

James has since moved on from Cleveland and the Eastern Conference altogether, as he signed a four-year deal last July with the Los Angeles Lakers. James topped off a reminiscent night on Sunday with a 51-point performance to lift his newly formed Lakers squad over the Heat.
[xyz-ihs snippet=”HN-300×250-TextnImage”]