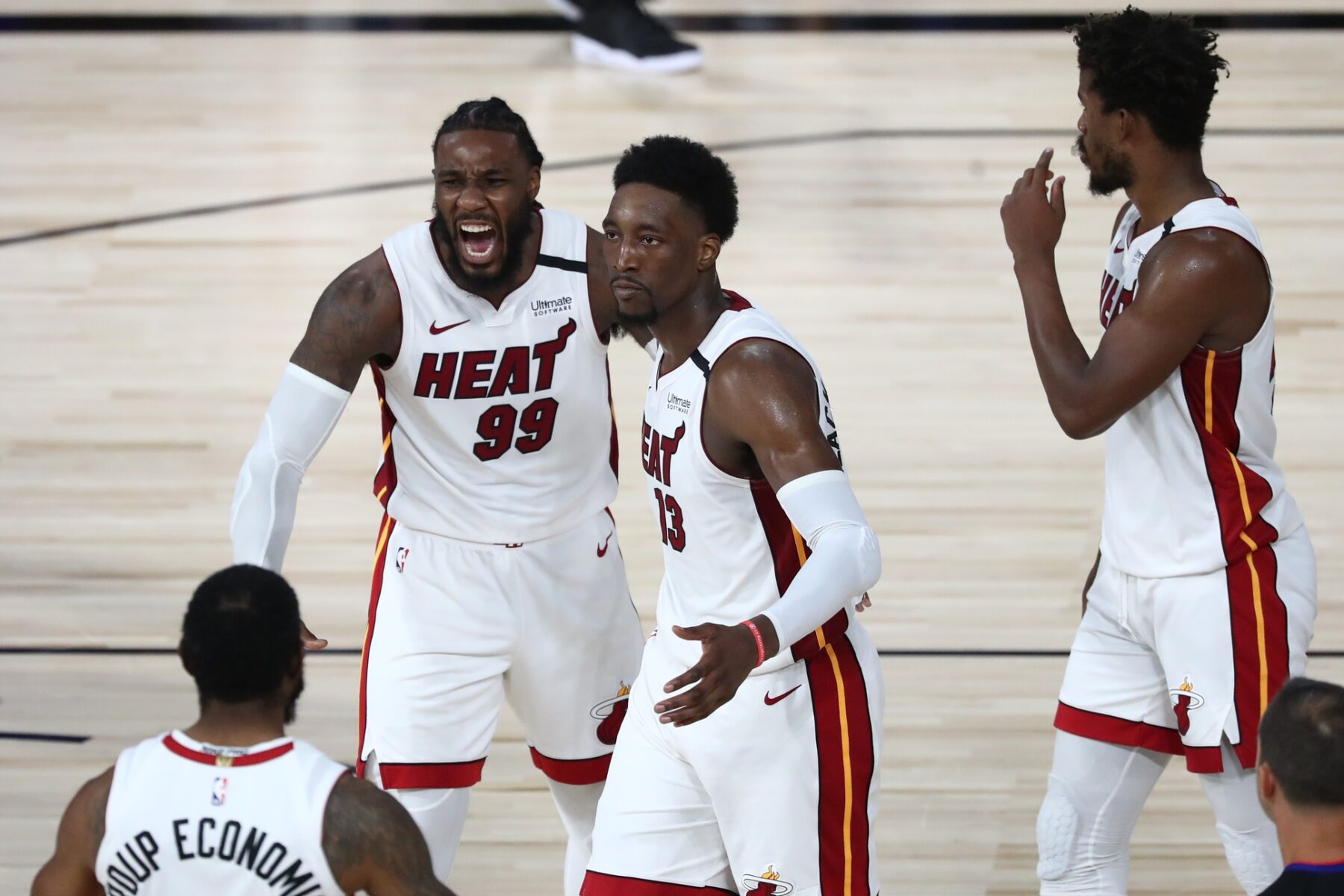 The Miami Heat now have the second-best odds to win the NBA title after their Game 1 victory over the Boston Celtics on Tuesday.

The Heat were also likely helped by the Denver Nuggets upset of the Los Angeles Clippers on Tuesday night.

Denver rallied from a 3-1 series deficit to knock off the heavily favored Clippers in the second round.

The Heat looked as good as they have all postseason on Monday, as they came back from a big fourth-quarter hole to defeat the Celtics in overtime.

Clutch plays by Jimmy Butler and a huge block by Bam Adebayo propelled Miami to the win.

Butler called Adebayo a “savior” for his huge defensive play on Jayson Tatum that sealed the win.

The Heat will look to continue to dominate in the playoffs in Game 2. Miami is 9-1 since the postseason began.