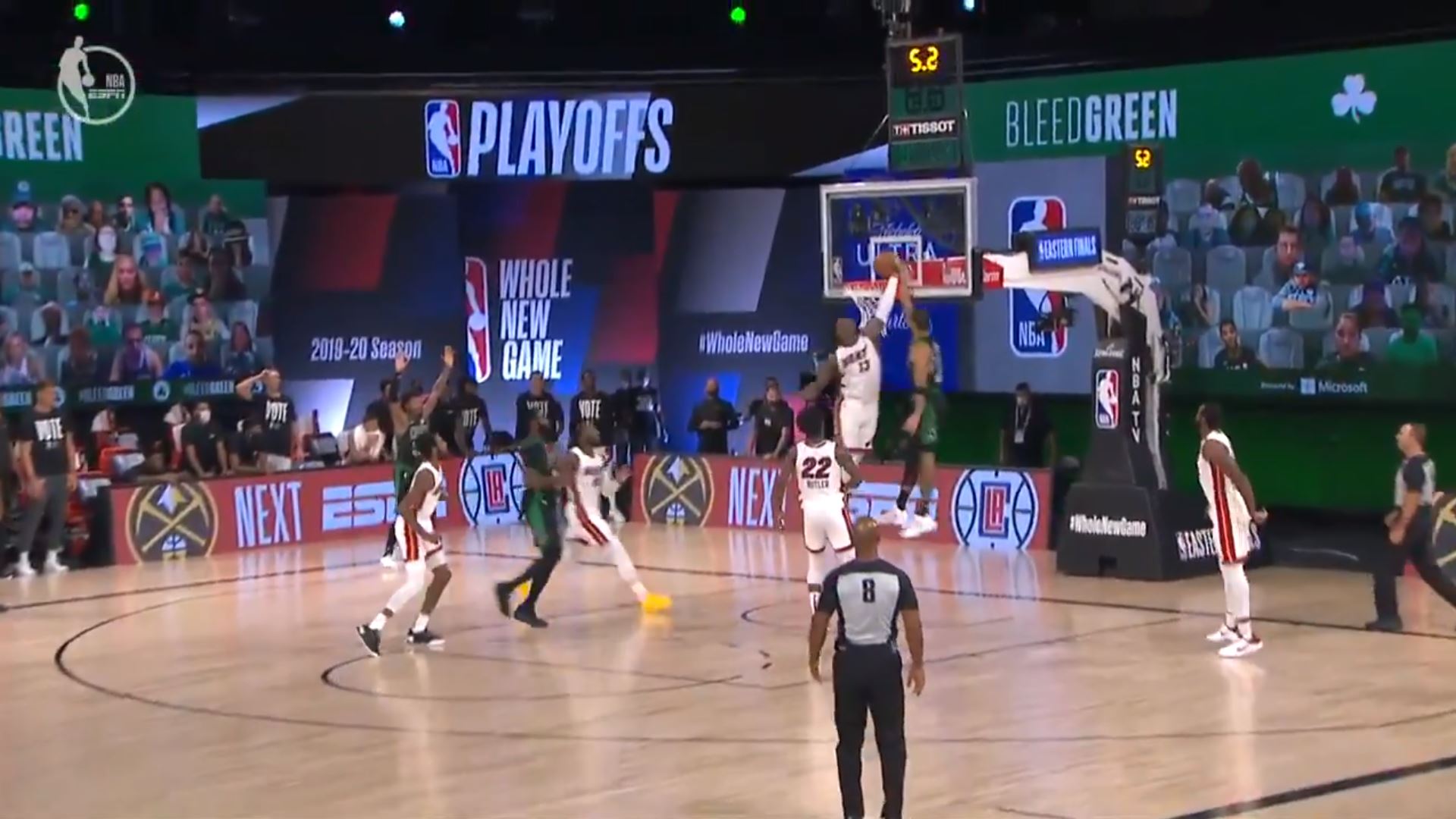 With seconds left in Game 1 of the Eastern Conference Finals, Miami Heat All-Star Bam Adebayo came up with what might be the biggest play of his young NBA career.

Boston Celtics star Jayson Tatum rose to the basket to try to tie the game in overtime, but Adebayo obliterated him at the rim with an epic block.

BAM BLOCK ON TATUM TO CLOSE OUT GAME 1 pic.twitter.com/9taVNrAXjT

Adebayo then gathered the ball and was fouled to be sent to the free-throw line. He went on to score the final point of the game to give Miami the win, 117-114.

The contest was a Game 1 classic with huge plays made by both teams. The Heat’s starters played incredibly well.

Jae Crowder finished with 22 points and shot 5-for-9 from beyond the arc.

Point guard Goran Dragic was the team’s top point-getter with 29 points in the contest.

With one win under their belt, the Heat are now three wins away from a berth in the NBA Finals.

If Adebayo can keep playing at this level, those three wins may come rather quickly.