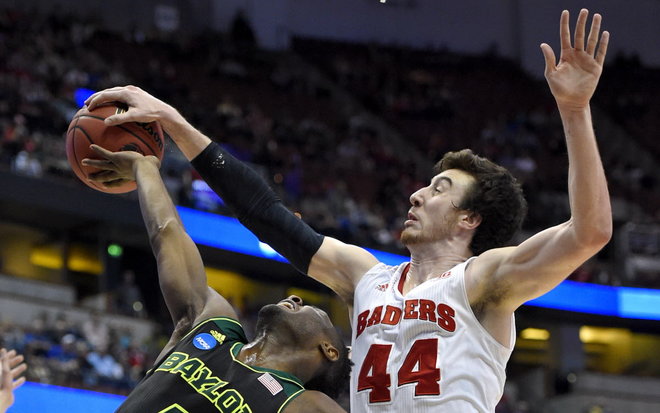 Now that the season is over, it’s time for the Miami Heat to look ahead toward the 2015 NBA draft.

It’s still not 100 percent certain that the Heat will have a draft pick in this year’s draft, but it’s pretty much set in stone. Miami has a top ten protected pick, meaning that as long as the Heat finish in the top ten in the draft lottery, the team will have a pick in the 2015 draft. They currently have a 91 percent chance of doing so.

However, if for whatever reason the Heat don’t finish in the top 10 of the draft lottery, they would then forfeit their pick to the Philadelphia 76ers.

For simplicity’s sake, let’s assume Miami will have a top ten draft pick—where do they go with it?

Do they draft a point guard assuming Goran Dragic signs elsewhere? Do the Heat select a big man considering Hassan Whiteside will be a free agent during the 2016 offseason?

The Heat can go in many different directions with their draft pick. This is the reason many mock drafts have the franchise selecting different players at several positions.

Let’s take a look at five prospects Miami could select with the No. 10 draft pick (the Heat’s most likely draft position): 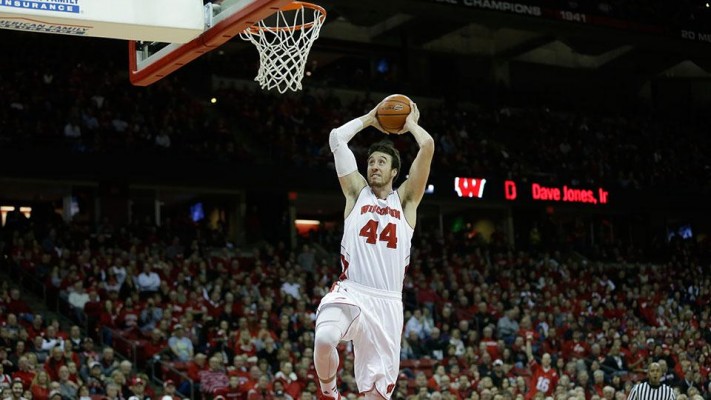 Frank Kaminsky possesses all of the size you’d want in a starting center in the NBA. He’s 7-feet tall and weighs 242 pounds.

His offensive game is what is most appealing. He can post up, finish with either hand and can shoot from mid-range. He can even consistently shoot three’s and attack you off the dribble.

His weakness? His lack of athleticism and lateral movement could cause issues for him on defense. Scouts also fear that he’s too much of a tweener—not strong enough to defend centers and not quick enough to hang with power forwards.

Scott Polacek of Bleacher Report pegs the Heat selecting Kaminsky with the No. 10 overall pick. Likewise, Zach Harper of CBS Sports has Miami going with the Wisconsin product at No. 10.

This is a pick that the Heat will have to think about. For one, it is a definite possibility Miami loses Whiteside during the 2016 offseason. Secondly, do they want a player who has a very similar skill set to Chris Bosh?

Kaminsky is an intriguing player. However, the question becomes: does he fit in the Heat’s system?