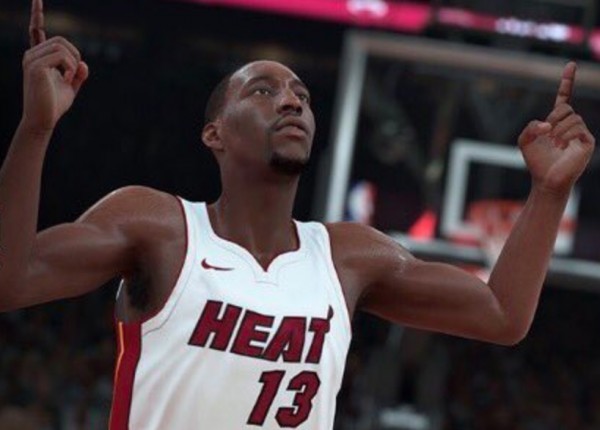 With the release of NBA 2K18 less than three weeks away, more and more information regarding the highly anticipated video game is being revealed.

On Friday, an image of the Miami Heat‘s player ratings was leaked on Instagram and according to the ratings, the Heat have improved greatly since last season’s game. Hassan Whiteside is the highest-rated player on the team with an overall rating of 87 (up from 86 in last year’s game), followed by Goran Dragic, who went from a 78 to an 85, and Dion Waiters, who went from a 73 to an 80.

See the rest of the full player ratings below.

SWIPE LEFT⬅ There you have it. Miami HEAT 2k roster ratings Whiteside- 87 Dragic- 85 Waiters- 80 J. Johnson- 79 T. Johnson- 77 Winslow- 76 Olynyk- 75 Ellington- 74 Richardson- 74 McGruder- 74 Adebayo- 72 Haslem- 70 White- 69 Hammons- 68 Ellington and Dragic are the only As from 3pt? Dragic and Whiteside are the only As from inside? Ellington is the only A from mid? Strange coming from a team that led the league in drives, drive-and-kickouts, and was top teir from deep Via YouTube Subthegamer via @joeymendola_ ?

NBA 2K18 wont be released until Sept. 19th, but this leak should give fans of the Heat and the video game franchise even more to be excited about.
[xyz-ihs snippet=”Responsive-ImagenText”]