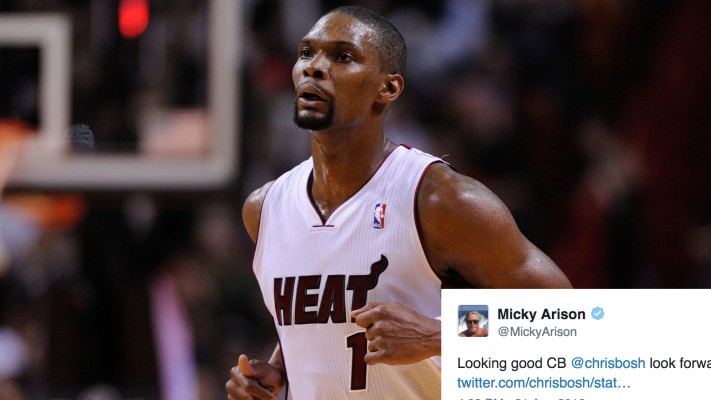 This came on the heels of a report that mentioned that if Bosh and the Heat were at odds going forward, the NBA might get involved to make a ruling on the situation.

The 6’11” forward has made an effort in the past couple weeks via social media to post workouts and training clips. This was probably to leverage public support in his favor if the Heat decided not to medically clear him.

However, that issue might already be resolved. Even though the team has not put out a statement about Bosh’s health, the tweet from the Arison represents a clear stance from the organization that they are looking forward to having the All-Star forward back on the team next season.
[xyz-ihs snippet=”Responsive-ImagenText”]