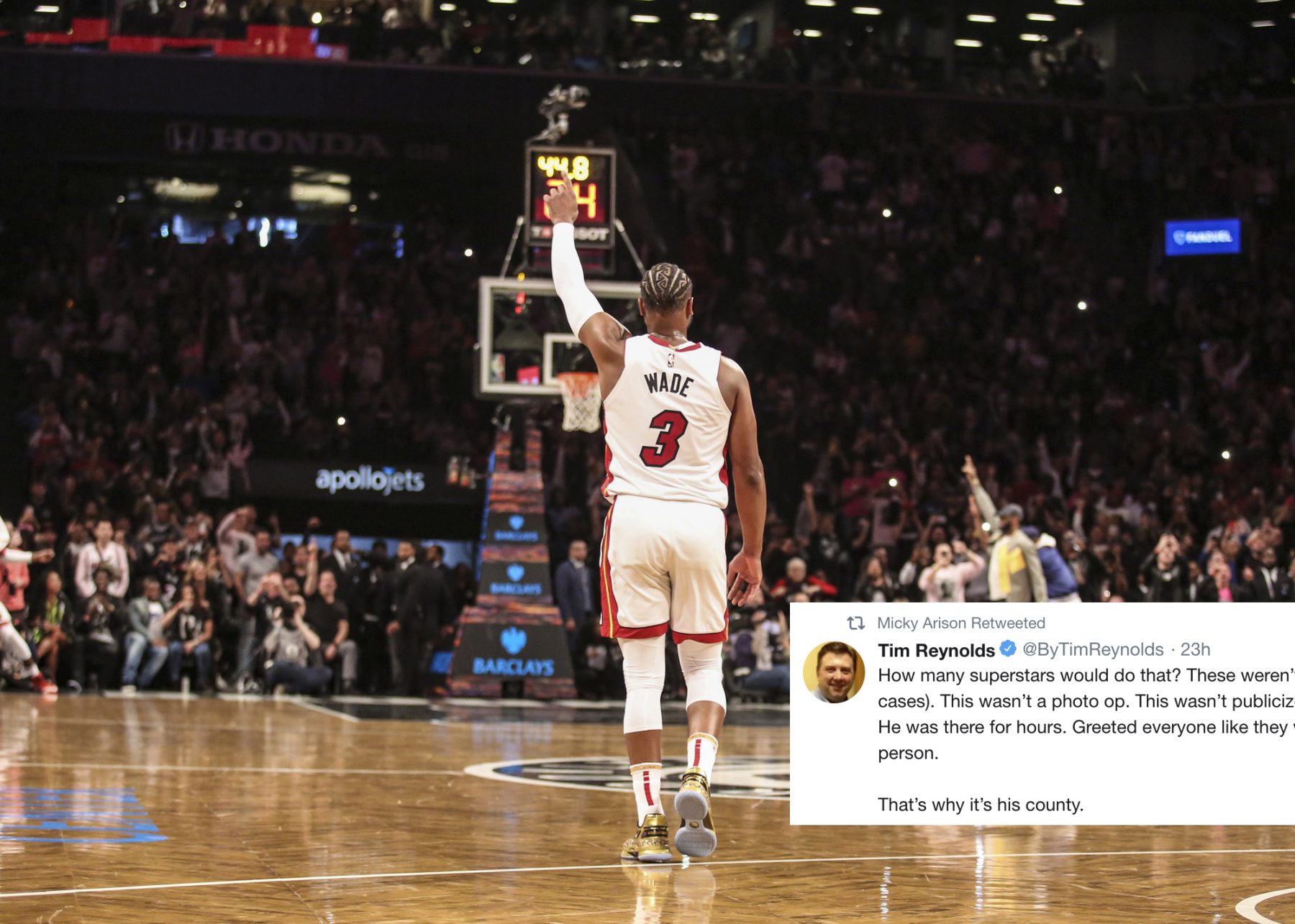 Dwayne Wade’s impact on South Florida has grown immeasurably since he was drafted by the Miami Heat back in June 2003.

After first noting the visit, Reynolds then heaped praise on the Heat icon, who will inevitably end up in the Basketball Hall of Fame:

He addressed the entire staff as a surprise first, then took the individual photos with everyone and signed whatever they wanted. The line was more than two hours long. He never took a break, never got tired, never sat down.

They were blown away. https://t.co/Awkm1TmowL

Ever since Wade announced that he was retiring, he’s been recognized across the league for his many accomplishments. Along the way, he’s shown his appreciation for those efforts through social media posts and interactions with opposing fans.

As noted, Wade’s appearance was unexpected, but deeply appreciated. He cleaned out his locker for the final time and decided to close things out with the classy move toward people that have long worked behind the scenes for the team.

The fact that Wade undertook the move with no fanfare and with no expectation that his effort would go viral will only enhance his stellar image with fans of the Heat and elsewhere. While he’ll no longer thrill those fans with his exploits on the court, his willingness to acknowledge others will resonate for years to come.
[xyz-ihs snippet=”Hn-Responsive-EOA”]