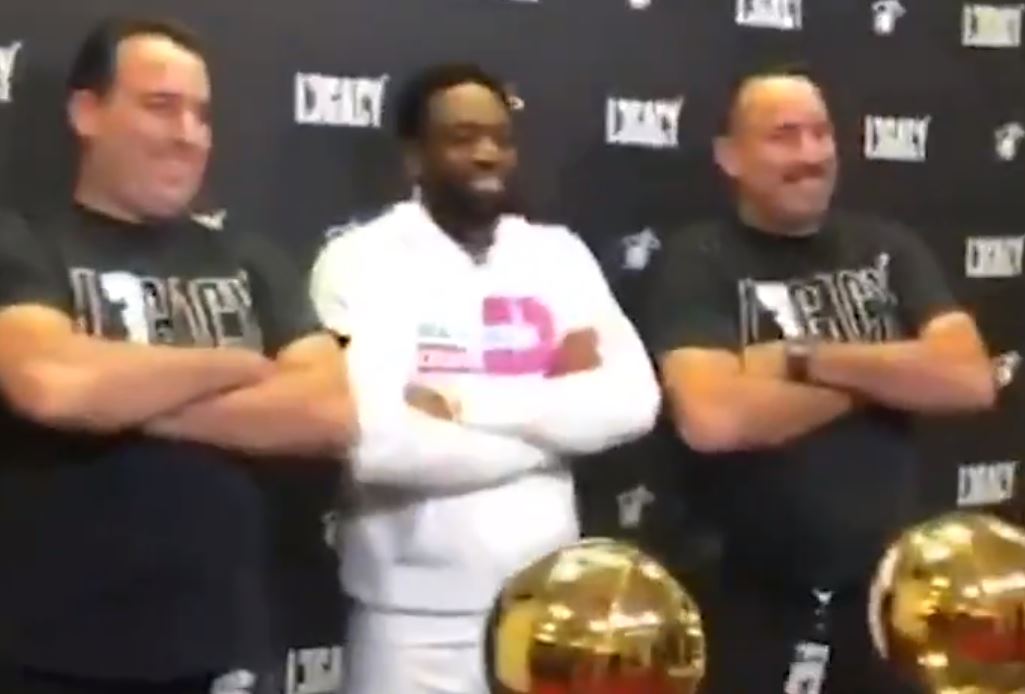 Dwyane Wade’s long goodbye to the Miami Heat organization continued on Wednesday as he took time to sign autographs and pose for pictures with members of the team’s staff.

In offering his reasons for such a move, Wade paid tribute to his former Heat teammate, Caron Butler.

Jus showing my appreciation for everything they do behind the scenes for all of us. Learned this from my brother @realtuffjuice https://t.co/SJ5UFsB8cQ

Wade stopped by the Heat offices after cleaning out his locker for the last time in his legendary 16-year career. Team personnel had a variety of different things for him to autograph, with one employee having Wade sign his arm.

Butler spent 14 years in the NBA from 2002 to 2016, playing for nine different teams during that span. He was originally selected by the Heat in the 2002 NBA Draft as the 10th overall selection. One year later, Wade was the fifth player chosen in the draft, with the two playing together only during Wade’s rookie campaign.

The reason that Butler’s brief tenure with the Heat ended was because he was part of the huge package of players and draft picks that was used to acquire Shaquille O’Neal. That ultimately proved to be a great deal for the Heat, since they won the 2006 NBA title in O’Neal’s second season in Miami.

That championship helped transform Wade’s legacy since he led the Heat comeback from an 0-2 deficit against the Dallas Mavericks. Concluding his third season in the league, Wade averaged 39.3 points in the last four games and was rewarded for his heroics by being named MVP of the Finals.
[xyz-ihs snippet=”Hn-Responsive-EOA”]