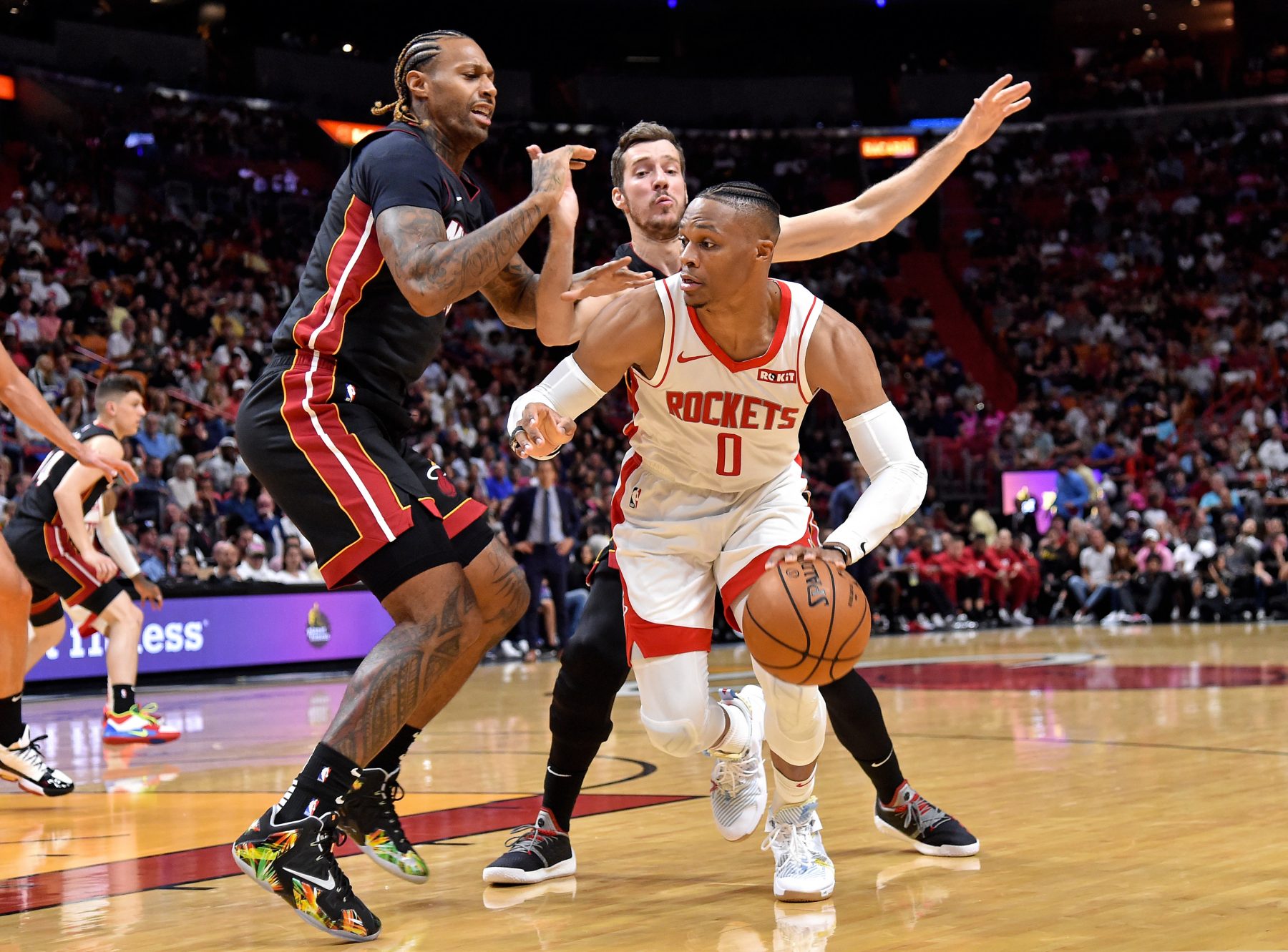 The Miami Heat defense claimed its latest victim as the team held Houston Rockets star Russell Westbrook to one of the worst games of his storied career.

NBA Twitter erupted while the Sunday game between the Heat and Rockets was still underway. The match ended with a final score of 129-100, with Westbrook posting a horrible plus/minus of minus-46.

That is the lowest plus/minus of the 2017 NBA MVP’s career. Furthermore, it is also the worst plus/minus by any Rockets player since the 1996-97 season.

Russell Westbrook was a -46 in Houston's blowout loss at Miami – a personal career-worst and the worst +/- by any Rockets player in a game since 1996-97 (the earliest date for which we have that data).

Before the blowout loss against the Heat, Westbrook was averaging 21.2 points, 9.8 rebounds and 9.2 assists per game this season. The guard failed to match any of those stats versus Miami as he recorded just 10 points, four rebounds and six assists in Sunday’s game. He was also inefficient shooting the ball and was just 3-for-11 on his attempted field goals.

What made the Heat’s defensive showing even more impressive was that they did it all despite the absence of one of their best defenders in Justise Winslow, who missed the game due to stiffness in his lower back.

Once the Heat are back at full strength, it will surely be even more difficult for opposing teams to find a rhythm on the offensive end.