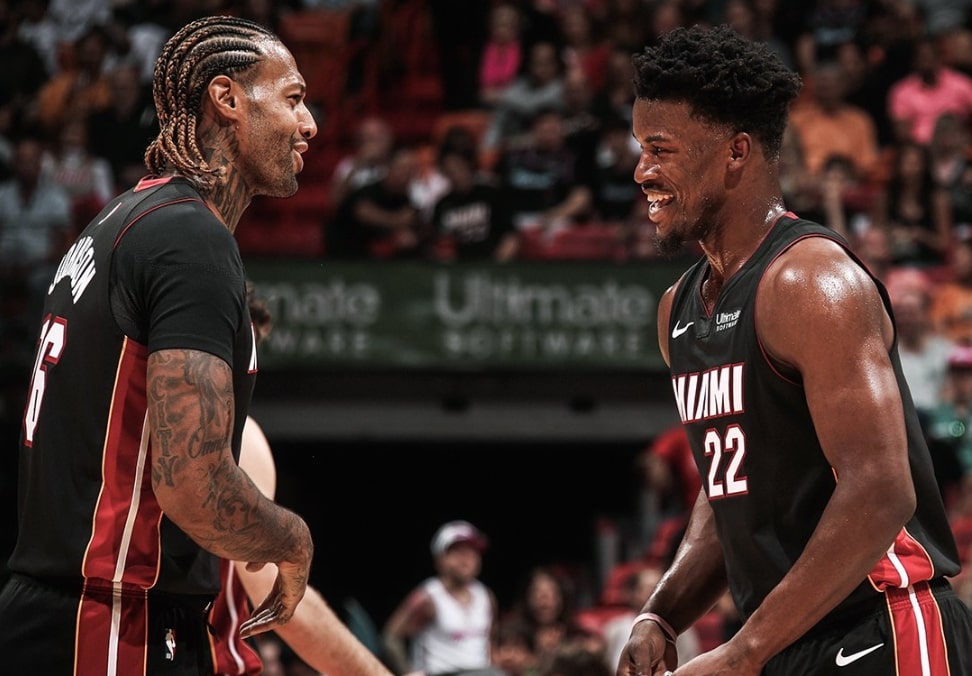 After three quarters on Sunday, the Miami Heat took a beastly 99-71 lead over the Houston Rockets, and Twitter has been having a ball at the Rockets’ expense.

Heat up 71-46 at the half over the Rockets. pic.twitter.com/yrXLQ5vVPc

The Rockets are down 36 points to the Heat right now. ? pic.twitter.com/QZbk2ceL9f

The Heat are DESTROYING the Rockets right now ?

*#HEATTwitter going crazy as the #HEAT beat the #Rockets ass*

The Rockets at halftime: pic.twitter.com/FLRfafL8cR

Heat up 46-14 on the Rockets after one quarter. You read that right.

Me: Don’t freak out over regular season NBA games

If you're not watching Rockets-Heat, yes, Houston's defense has been as bad as the score suggests. Miami is playing well, but Houston's mistakes on defense are embarrassing.

Coming into this game, the Heat had a 4-1 record, good enough for second place in the Eastern Conference and making them one of the NBA’s pleasant surprises early this season.

As expected, they beat the struggling Memphis Grizzlies on opening night, and three days later they outlasted the powerhouse Milwaukee Bucks 131-126 in overtime, raising eyebrows across South Florida.

Both of those wins came without Jimmy Butler, who was with his wife celebrating the birth of their daughter.

So far, Tyler Herro has looked like a diamond in the rough. The 13th overall pick in this year’s NBA draft is averaging 16.4 points per game through the first five contests of the season.

But the big story has been Kendrick Nunn. The undrafted rookie has averaged 22.4 points per game while shooting a white-hot 48.4 percent from three-point range in the Heat’s first five games.