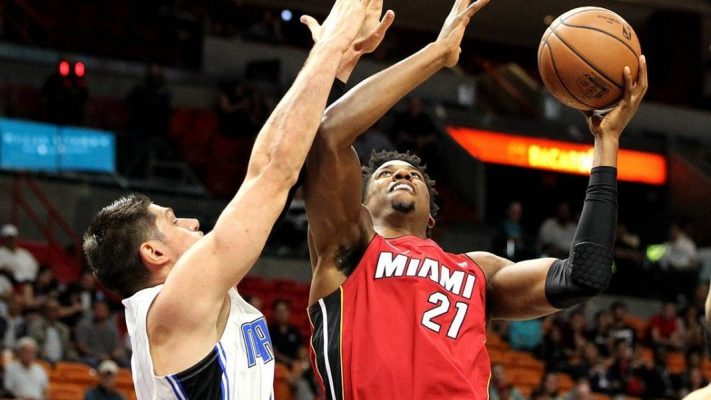 Hassan Whiteside made headlines on Tuesday night, but not the type of headlines that players typically strive for.

In the waning moments of the Miami Heat’s blowout loss to the Orlando Magic, Whiteside left the team’s bench and headed to the locker room. He remained there until the game concluded, but exited the locker room without meeting with media.

Whiteside’s early departure did not sit well with the team. On Wednesday, Heat coach Erik Spoelstra criticized Whiteside’s behavior, while noting that the organization handled the matter.

Whitside struggled for portions of the game, and did not play during the fourth quarter. It seems likely that he was frustrated by his and the team’s performance and Spoelstra’s rotations. In all, he totaled 12 points, nine rebounds and three blocks in 25 minutes of action.

Miami’s next game is on Friday, Dec. 7, when the team begins a six-game road trip against the Phoenix Suns.
[xyz-ihs snippet=”HN-300×250-TextnImage”]