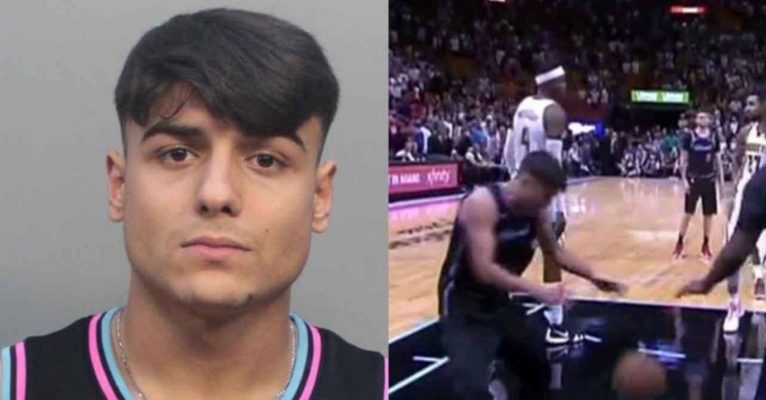 At the end of Tuesday night’s game versus the Denver Nuggets, Miami Heat fan Marsel Imer rushed the court before quickly being subdued by staff and security at American Airlines Arena.

While Imer enjoyed a few moments of joy while sharing the court with some of his favorite players, it will be quite some time before he’s allowed back in arena.

According to a Wednesday report by Local 10 News, Imer was arrested on misdemeanor charges of trespassing and disorderly conduct, but the charges were later dropped.

“Imer, who was wearing a Heat jersey in his arrest photo, was booked into the Turner Guilford Knight Correctional Center,” the report read. “Imer appeared in court Wednesday and had the charges against him dropped, but he was ordered to stay away from American Airlines Arena.”

The incident took place with under a second left in the game, with Nuggets guard Jamal Murray set to take shots at the free-throw line. It caused a minor disturbance in the game, but Imer was quickly taken away and the game was allowed to end.

“I thought arena security did a great job getting him off the court,” Spoelstra said during team practice. “There’s no place for that in this game and in sports. It’s scary. You don’t know — it ended up being innocent — but you don’t know what that can lead to, and I think league-wide everybody will be a little bit more vigilant.”

Hopefully Imer has learned his lesson. While there’s little doubt that he will continue to support the Heat, it seems it will be quite some time before he is allowed in American Airlines Arena once again.
[xyz-ihs snippet=”HN-300×250-TextnImage”]