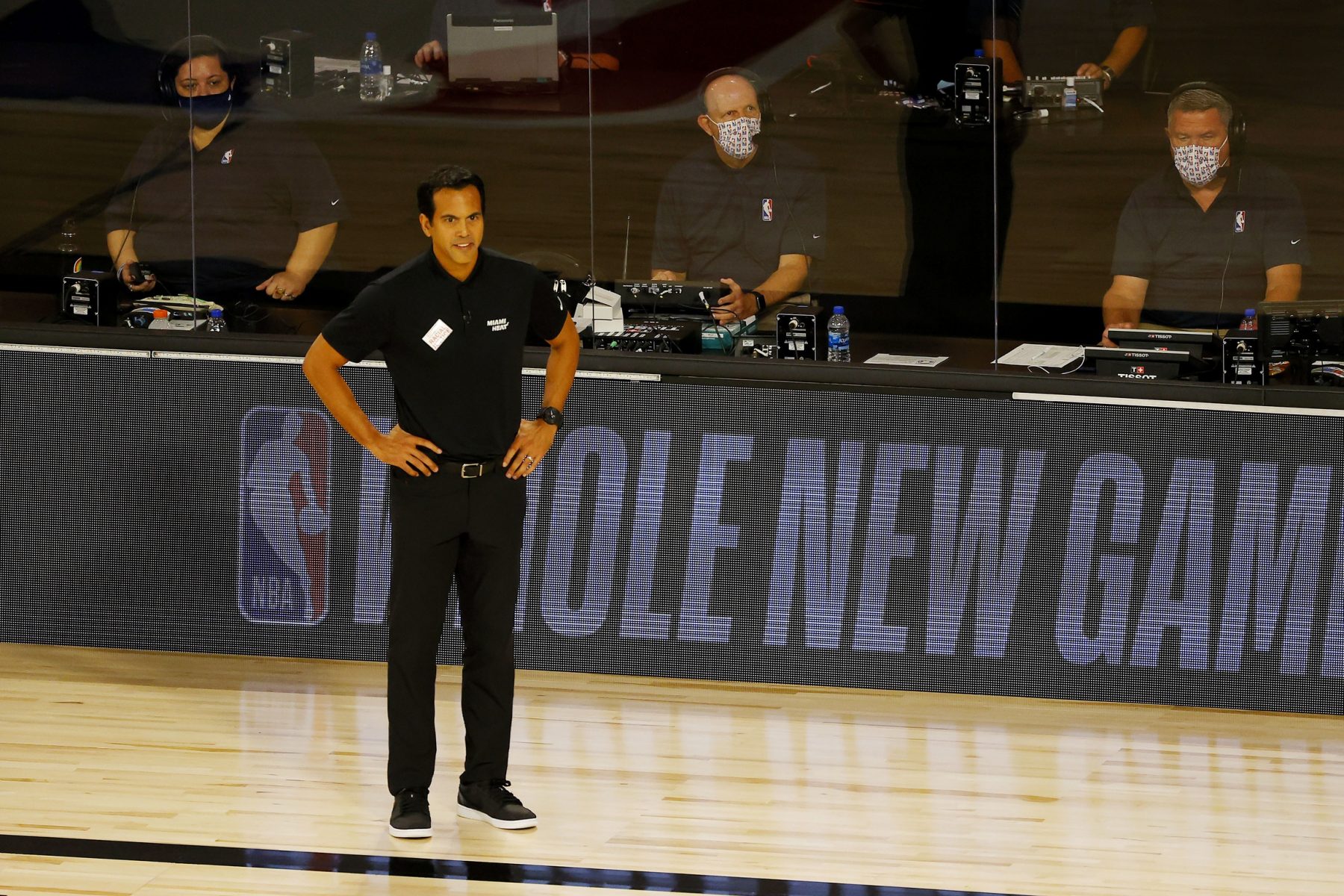 The Miami Heat were defeated by the Toronto Raptors earlier this week, and a bad call by the game’s officiating crew played a major role.

The call took place late in the game when Kelly Olynyk swiped at the ball as guard Kyle Lowry advanced it up the court.

The Raptors would go on to score four points straight as a result of the flagrant foul call.

Now, it appears as though Heat head coach Erik Spoelstra has a major bone to pick with the way certain coaching staffs instruct their players to try to draw calls.

Clearly, Spoelstra believes that Lowry flopped to draw the call.

While flopping is nothing new in the NBA, it is also something that Spoelstra certainly has no respect for.

The Heat are interested in winning the right way.

They did that on Tuesday evening when they defeated the Boston Celtics fair and square, 112-106.