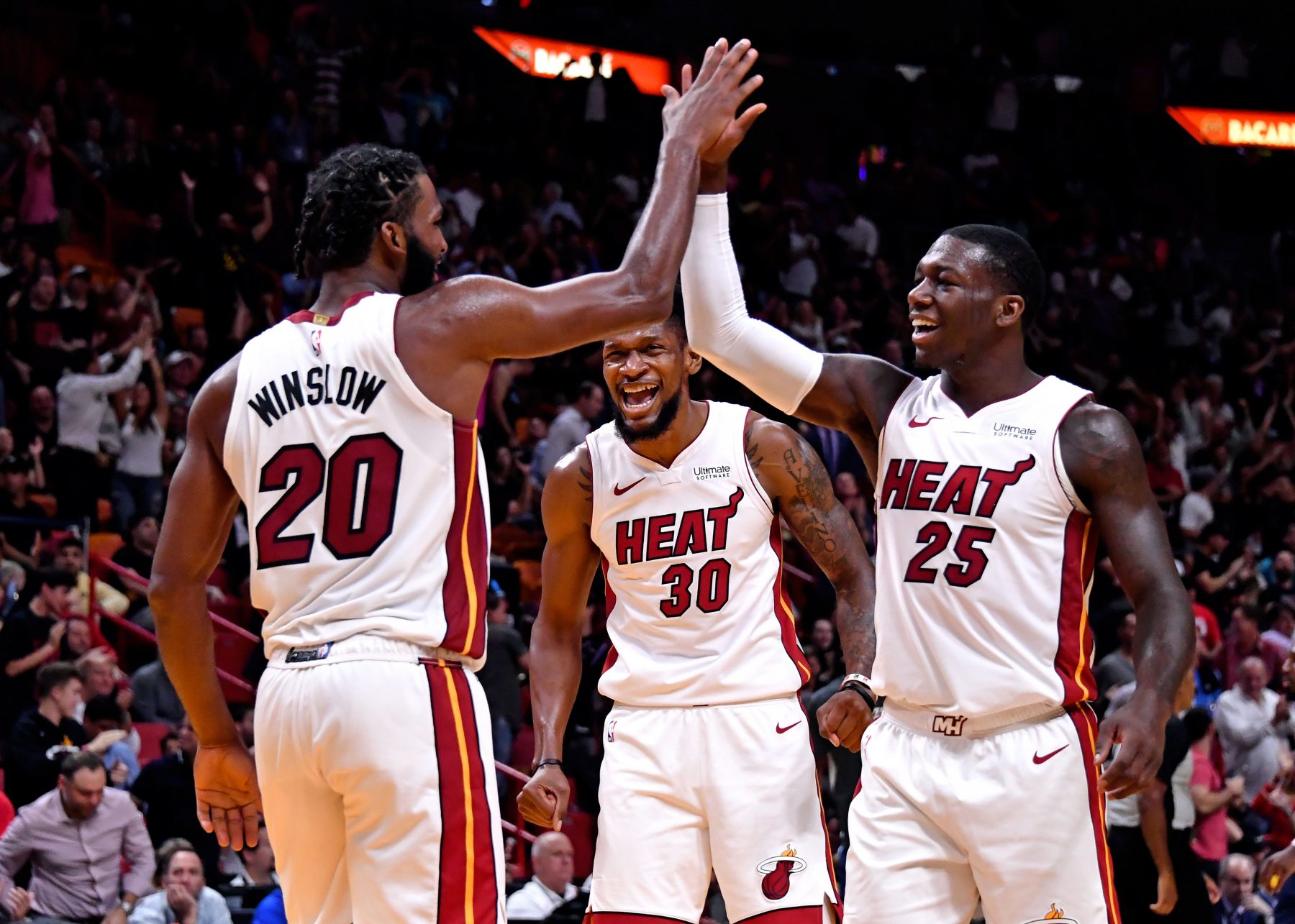 The rousing start of the Miami Heat during the early portion of the 2019-20 season has no doubt caught the attention of plenty of basketball fans across the NBA landscape.

However, those in charge of ESPN’s power rankings appear to be less enthusiastic about the Heat having the second-best record in the league, placing them eighth overall.

The Heat pounded the Houston Rockets, 129-100, on Sunday night, a rout largely forged on a huge first quarter that saw them outscore their opponents, 46-14. The Heat’s 5-1 record puts them one half game behind the Philadelphia 76ers for the best record in the NBA.

Among the teams that have also enjoyed fast starts, the Heat are just one of five teams to have just one loss or less on their record after nearly two weeks of action. Yet despite that status, they are still ranked behind two Eastern Conference foes, the 4-1 Boston Celtics and 4-2 Milwaukee Bucks. In the latter case, the Heat defeated the Bucks in overtime on Oct. 25.

The Western Conference teams ahead of the Heat begin with the Los Angeles Lakers, who like the Heat, have started the year 5-1. After that, the 5-2 Los Angeles Clippers, 4-2 Denver Nuggets and 4-3 Utah Jazz manage to be ranked above Erik Spoelstra’s squad. The 4-1 Minnesota Timberwolves share in the Heat’s image problem, not even making it among the top 10 teams.

The reality of the situation is that rankings during the third week of a season mean little, yet they indicate a current wariness about the Heat. The dramatic changes on the Heat’s roster during the offseason weren’t considered enough to get them beyond being that status of lower-level playoff contenders.

One way for the Heat to change that narrative would be to continue performing at the high level they’re currently enjoying. They’re set to begin a three-game Western road swing on Tuesday night in Denver. Given the current rankings, the Heat may be able to use this ranking slight as a motivating tool in the contest.