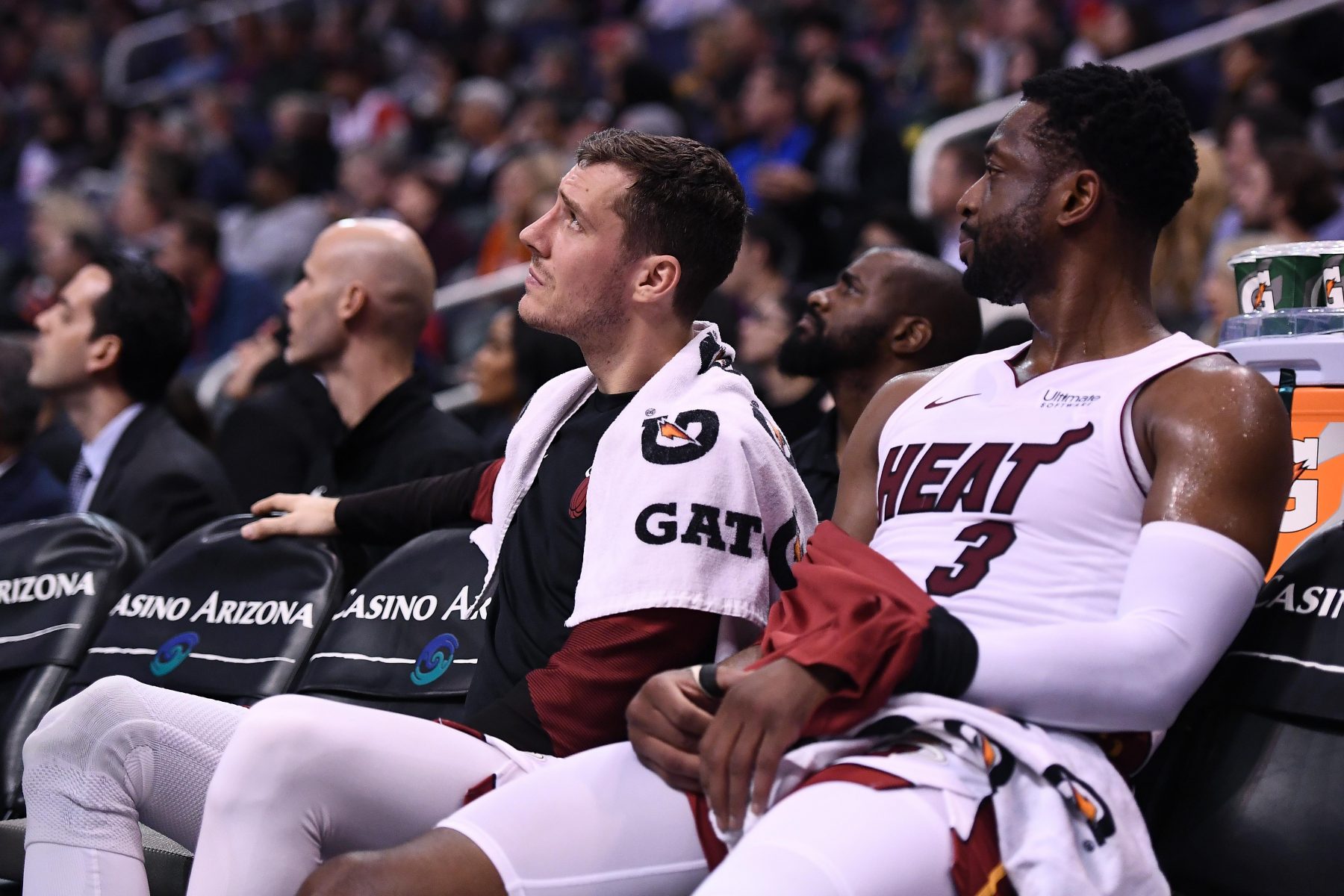 The Miami Heat are currently locked in a contentious battle for a playoff berth, being among four teams within two games of each other.

One of those teams will end up out of the playoff picture, with an online media source indicating that the Heat could likely be the unfortunate squad that misses out.

FiveThirtyEight’s use of statistics to make its case is an effort to avoid simple conjecture and steer clear of the emotions tied to such opinions.

The Heat are currently in the eighth and final playoff spot in the Eastern Conference, one half game ahead of the Orlando Magic with five games left in the regular season. Yet indicative of just how tight the race for those three spots are, the Heat could conceivably end up as high as the sixth seed should they win their five final games.

In that sixth spot is Detroit, which is currently one game ahead of the Heat. The problem for Miami is that three of their final contests will be against some of the top teams in the East in Boston, Toronto and Philadelphia.

In addition, their season finale on April 10 will be on the road in Brooklyn, which is currently one half game ahead of them entering Tuesday night’s action.

The Heat actually have a better record on the road than at home this year, but extending the final season of the retiring Dwyane Wade remains a stiff challenge that will soon be answered.
[xyz-ihs snippet=”HN-300×250-TextnImage”]