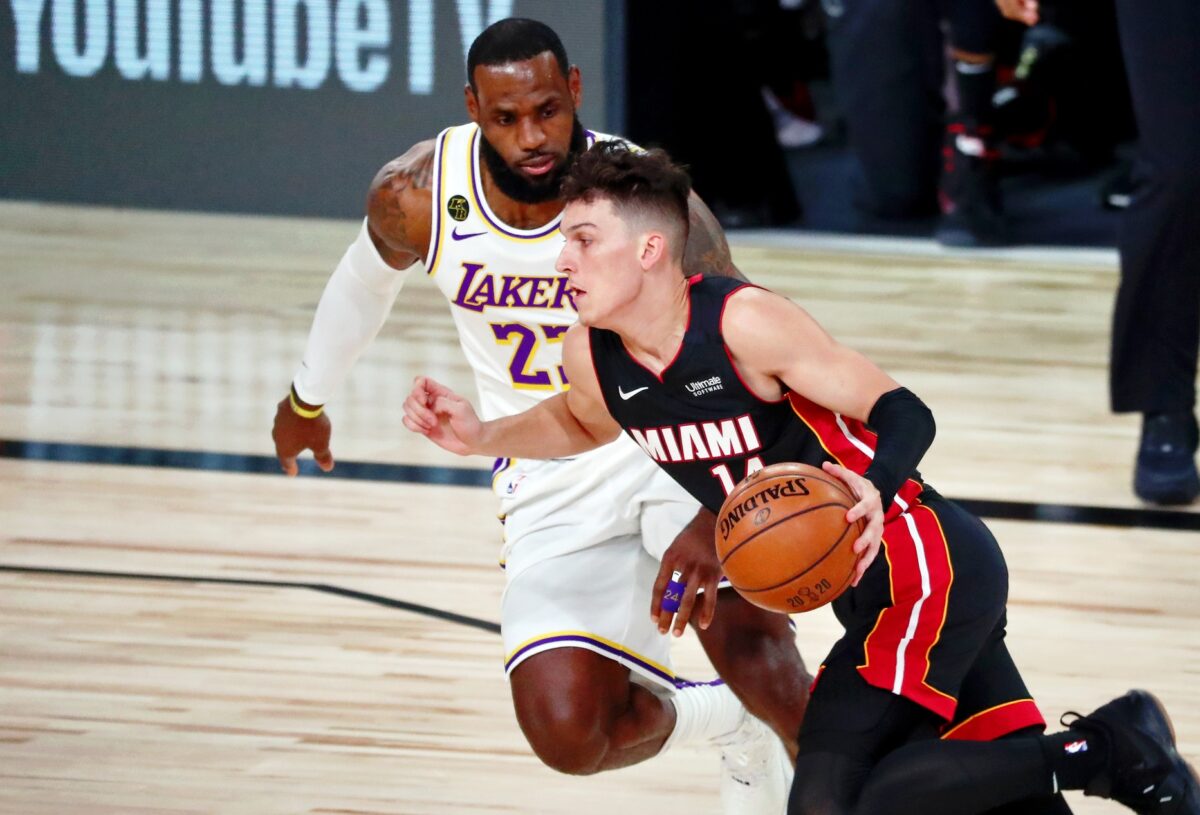 Miami Heat rookie Tyler Herro is one of the hottest rookies in the NBA.

“I think it really just comes down to how he’s able to channel it,” said Quinn. “I think every player has this confidence in themselves and ego, swag whatever you want to call it, and he’s able to channel it in the right way. And he does it in a way where he can also admit and take accountability when he needs to improve at other things, as well.

“But he definitely shows that swagger on the court and it definitely is a big reason who he is and what he is. But he works extremely hard at it. He puts in a lot of time on the court, in the film room. Whatever he can do to improve himself as a player, he’s interested in doing it.”

Herro, 20, has emerged as one of the Heat’s primary options on offense throughout the playoffs.

The Heat selected the University of Kentucky product with the No. 13 pick in the 2019 NBA Draft.

Now, Herro is producing in various impressive ways on the biggest basketball stage. Over the course of the postseason, he is posting 16.6 points, 5.4 rebounds and 3.7 assists per contest.

During Game 4 of the Eastern Conference Finals, the shooting guard exploded for a monster 37 points, six rebounds and three assists in a 112-109 victory. The extraordinary performance ranked ahead of performances of several prominent superstars such as LeBron James, Kevin Durant and Stephen Curry.

The Heat are currently facing elimination against the Los Angeles Lakers in the 2020 NBA Finals. The Lakers hold a commanding 3-1 lead over the Heat.

Herro and the Heat will try to extend their season during Game 5 on Friday night.