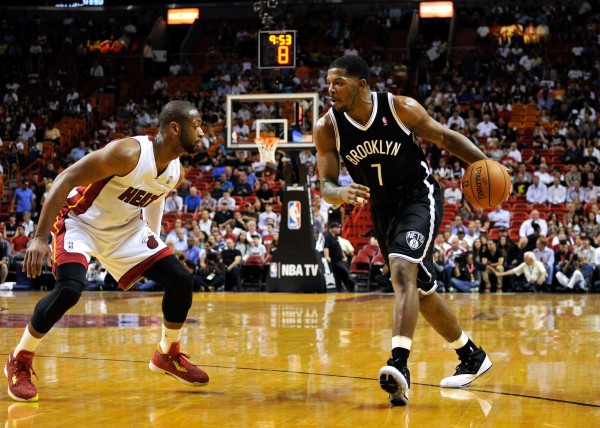 When people think of Dwyane Wade, they think of an aging superstar only capable of contributing offensively when needed.

However, that isn’t actually the case.

While Wade may not be the defender he was earlier in his career, he continues to make impact plays on the defensive end during key stretches of games.

Teammate Chris Bosh has taken notice—and he’s gone so far as to say that Wade is not only a good defender, but a “lockdown” defender when he has to be:

“He can’t do it the whole game, but late in the game he can guard their best guy. Period. And that guy’s probably not gonna get open. If he really wants to, he’s gonna lock him up.”

The 34-year-old guard displayed his ability to lock down defenders late in Friday night’s 107-103 victory over the Milwaukee Bucks. During the final couple of minutes, Wade not only used his athletic ability to slap an offensive rebound out to Justise Winslow which led to a three-pointer, he stripped Giannis Antetokounmpo near the rim to prevent the Bucks from tying the game.

With the Miami Heat clearly overshadowed by elite teams such as the Golden State Warriors, San Antonio Spurs and Cleveland Cavaliers, the mass media hasn’t taken notice of Wade’s superior play at his advanced age.

Thankfully, the fans have taken notice as Wade will be appearing in his 12th-consecutive All-Star Game in a couple of weeks.

Despite playing in the midst of his 13th season, Wade remains the Heat’s best two-way player.
[xyz-ihs snippet=”Responsive-Ad”]