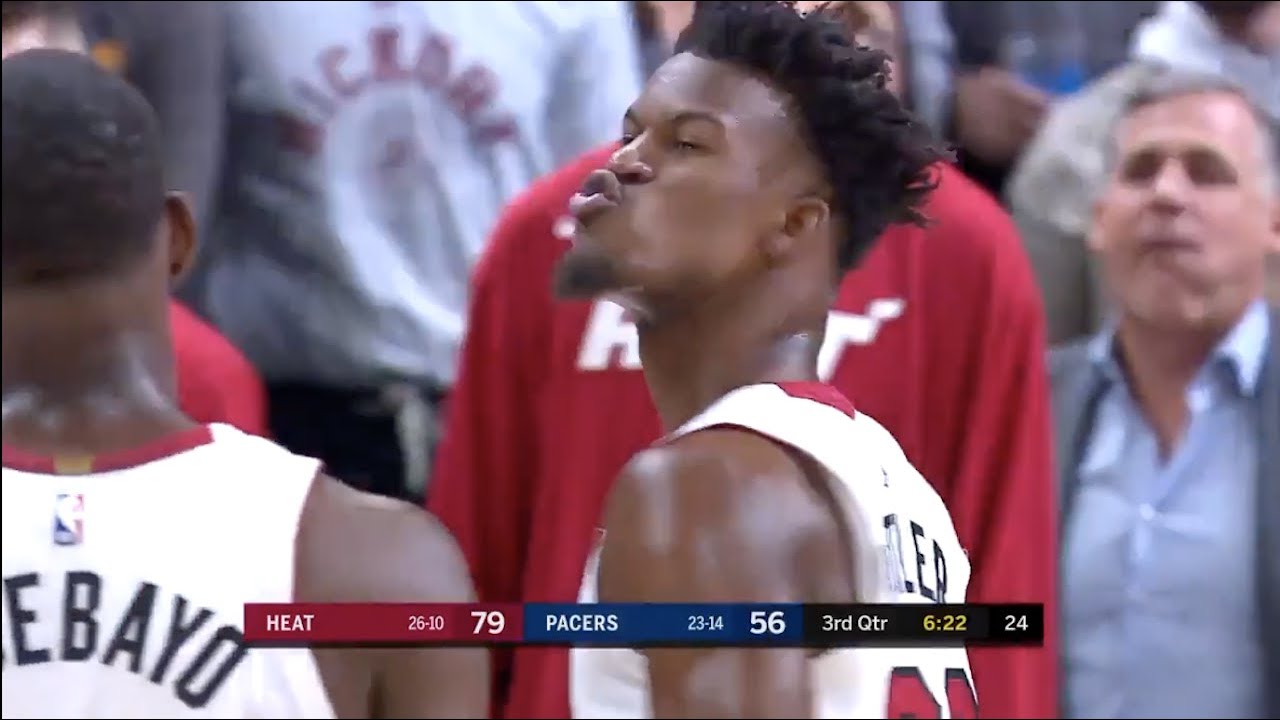 On Monday, the Miami Heat continued to ramp things up in advance of the NBA playoffs by defeating the Indiana Pacers 114-92.

The team also changed its profile picture on Twitter to one of Jimmy Butler disrespecting his opponent, referencing his feud with Pacers forward T.J. Warren.

Butler has been dissing Warren for months, dating back to a scuffle the two had in January. Following that game, Butler talked trash about Warren.

The Marquette University product had been licking his chops for a while due to the opportunity to take on Warren again. After missing the Heat’s previous three games, Butler got reacquainted with Warren on Monday.

Coming into the game, Warren had been arguably the hottest player in the bubble, averaging 34.8 points a game on 60.5 percent field-goal shooting in his last five games.

However, on Monday, Miami held him to just 12 points on a chilly 5-of-14 shooting from the field.

The victory moved the Heat a full game ahead of the Pacers for the fourth seed in the Eastern Conference. Miami will close out the regular season by facing the Oklahoma City Thunder on Wednesday and the Pacers again on Friday.