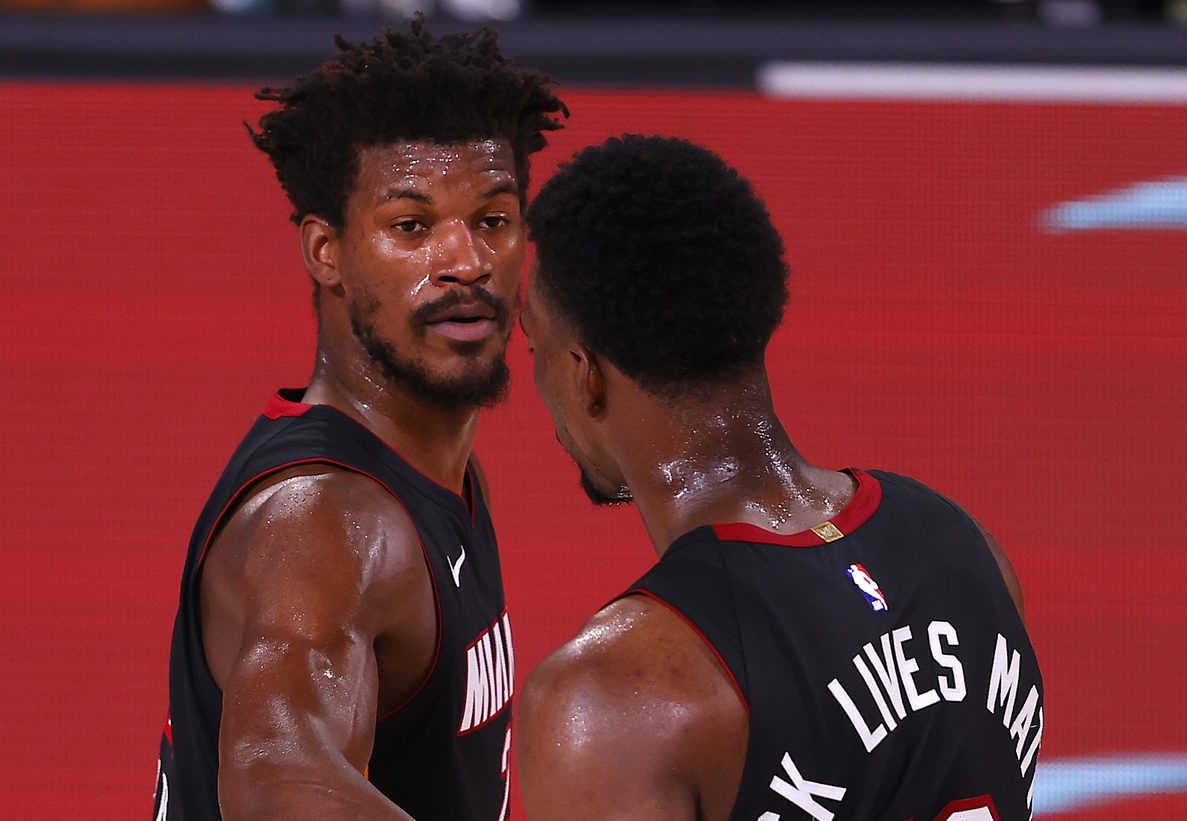 On Sunday, many expected the Miami Heat to sweep the Milwaukee Bucks, especially with Giannis Antetokounmpo dealing with a right ankle injury.

However, the Bucks gutted out a narrow overtime victory and extended the series for at least one more game.

Jimmy Butler: “We did what I always say we can’t do, get comfortable.”@5ReasonsSports

A close-out game is always the hardest game to win in a playoff series. Perhaps it’s a lesson that the Heat still have to learn, especially since they depend on so many young complementary players.

Miami did get off to a great start, as it led 27-15 late in the first quarter.

When Antetokounmpo reaggravated his ankle in the second period and was forced to miss the rest of the game, it looked like the Bucks were headed for the gallows.

Instead, they fought back and forced overtime, where they prevailed, 118-115.

Khris Middleton was instrumental in the improbable win by putting up 36 points, eight rebounds and eight assists.

For the Heat, Adebayo did his part with 26 points, 12 rebounds and eight assists.

After looking so strong down the stretch of the first three games, Butler was quiet in Game 4 with just 17 points on 6-of-15 shooting from the field.