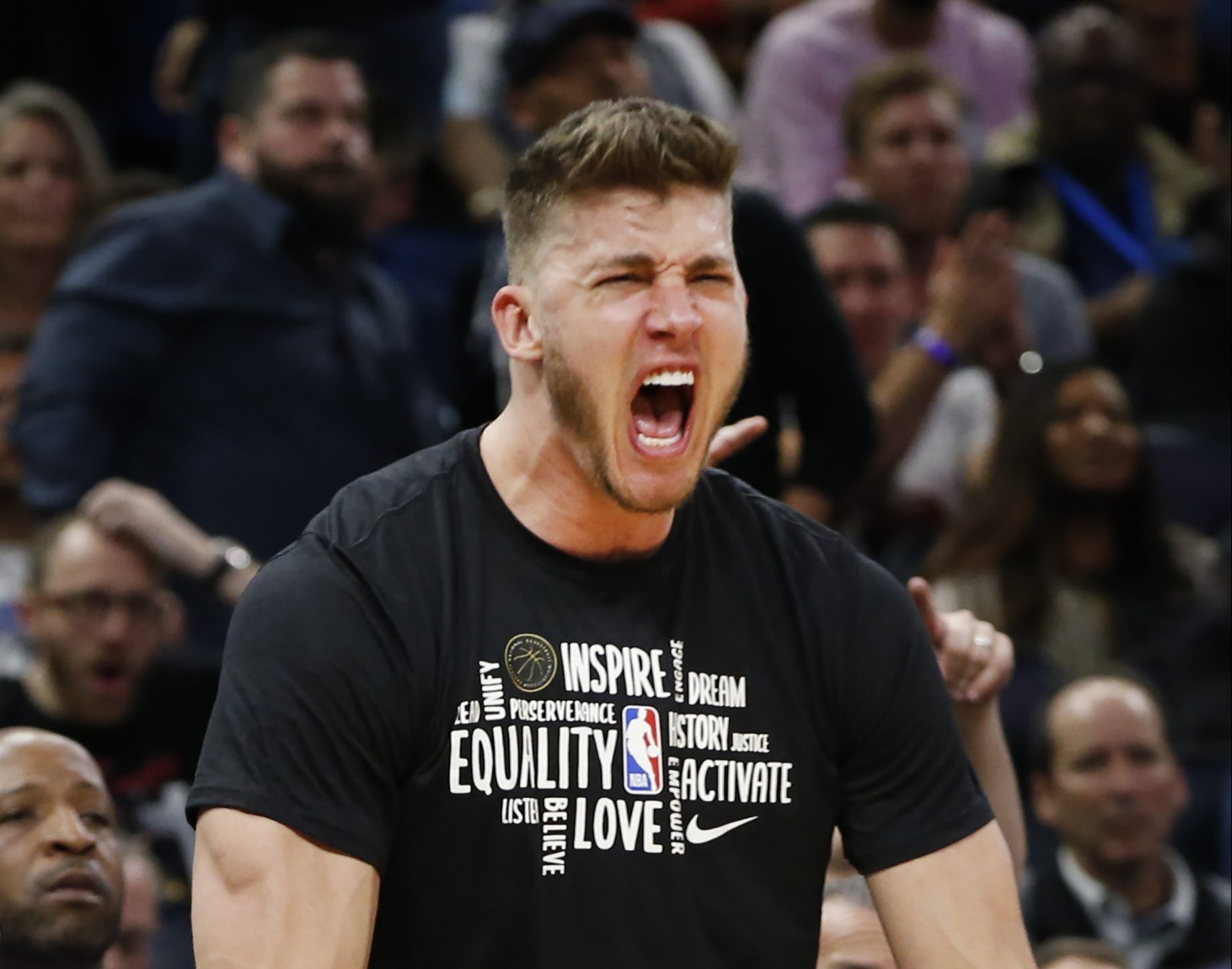 Miami Heat big man Meyers Leonard is not happy with some Florida residents.

In fact, Leonard launched into a diatribe on Twitter regarding people who flocked to a beach in Jacksonville, Fla. on Friday.

As soon as things start to get “a little better” …. Come on people, seriously… STAY THE HELL AT HOME. I should say more, but I’ll stop there. Just do what’s right. https://t.co/2B1vG2giOS

The scolding holds weight as the majority of the country is being asked to stay at home due to the dangerous spread of the novel coronavirus. Yet, there appears to be a boatload of defiant citizens.

Luckily, NBA stars like Leonard are setting a good example by staying home and keeping safe.

The NBA was one of the first major sports leagues affected by the deadly virus. After Utah Jazz center Rudy Gobert tested positive for the novel coronavirus in March, NBA commissioner Adam Silver immediately suspended the 2019-20 season.

Although the call to pause the season has impacted people across the league, numerous players stepped up to serve the country.

As a matter of fact, Leonard raised an exorbitant amount of money to feed over a million people.

The 7-footer is averaging 6.1 points and 5.1 boards per game this season.

Featuredmeyers leonardmiami heatNews Ticker
← Previous Story Dwyane Wade Explains Why Derrick Jones Jr. Deserved to Win Dunk Contest Over Aaron Gordon
Next Story → Dwyane Wade Says He Would Posterize LeBron James If He Had to Pick Player to Dunk on