Meyers Leonard gets brutally honest about contributions during 2020 NBA Finals 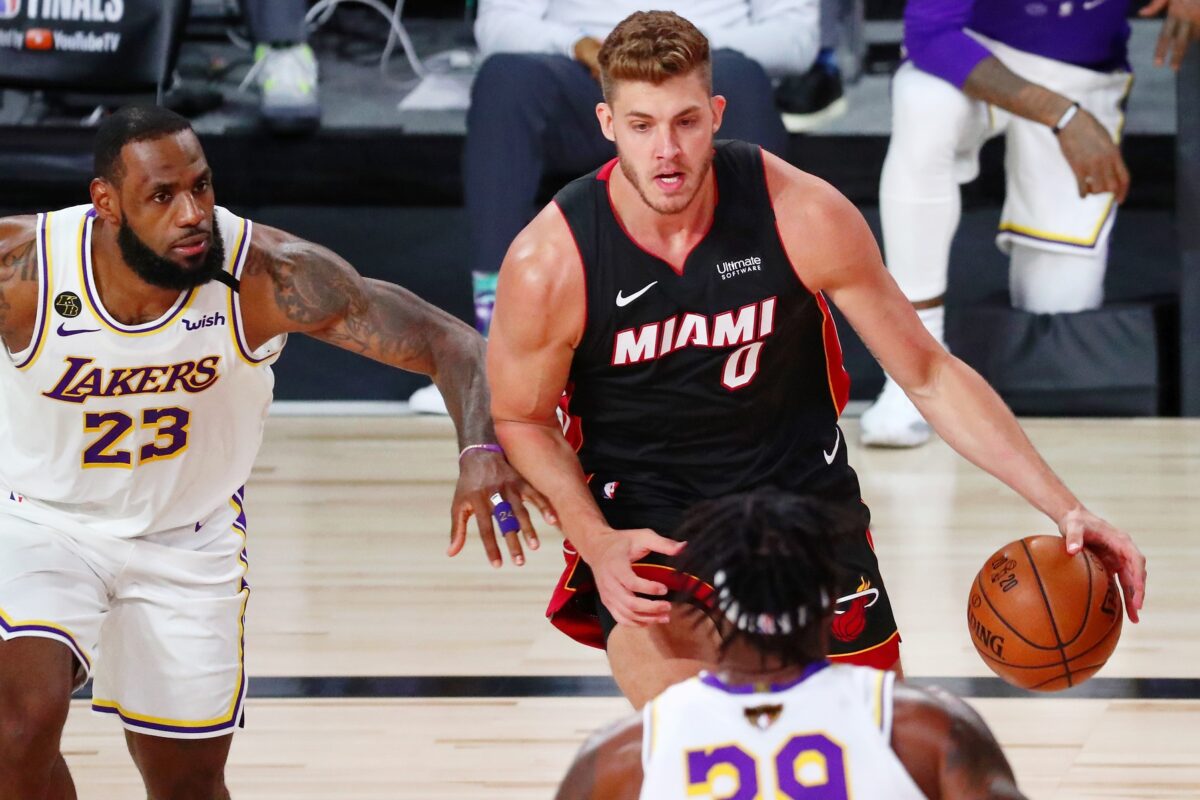 Miami Heat big man Meyers Leonard did not compete a ton in the NBA bubble in Orlando, Fla. last season.

However, he believes he played really well in the limited time he was on the floor in the 2020 NBA Finals.

“Making a Finals run, unbelievable. Like, I would never change that for anything,” Leonard told the Illini Inquirer. “I started Games 2 and 3. We won Game 3. I feel like I played pretty darn well, all things considered.”

Leonard, 28, fell out of the Heat’s rotation when the team arrived to the bubble.

During the three games Leonard played in during the 2020 playoffs, he collected 4.7 points in 10.3 minutes per game. He saw added playing time when All-Star Bam Adebayo went down with an injury in Game 1 of the Finals.

The Heat acquired Leonard during the 2019 offseason. The center averaged 6.1 points, 5.1 rebounds and 1.1 assists per game in first season in Miami.

The 7-footer has made it clear that he wants more playing time should he return to the Heat. In addition, the veteran has warned that other contenders are interested him.