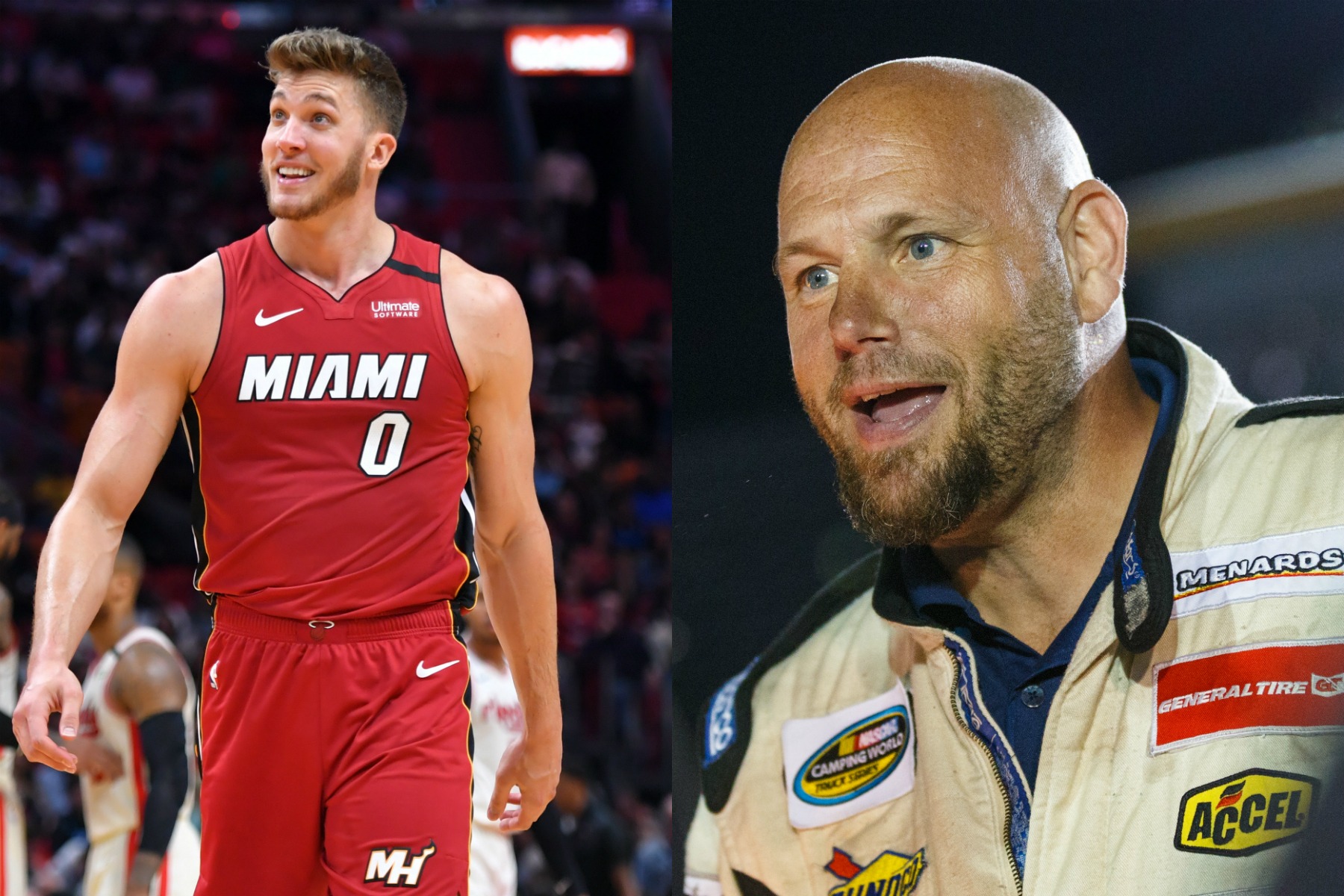 On Wednesday, NASCAR announced that it was banning the presence of the Confederate flag at all of its events and properties.

Subsequently, one of its drivers, Ray Ciccarelli, announced that he would be quitting following the conclusion of the 2020 season because of NASCAR’s decision.

Miami Heat center Meyers Leonard took time out of his day on Thursday to make fun of Ciccarelli, calling the driver the “dumba– of the day” on Twitter.

And… Dumbass of the day goes to… THIS GUY! https://t.co/KqNG8ieWU5

Leonard has been pretty vocal recently about the current issues in the country.

He issued a statement showing love to his African-American teammates while also saying that he and his wife, Elle, would help in whichever way they could.

The former first-round pick in the 2012 NBA Draft is currently in his first season with the Heat after being acquired in an offseason trade with the Portland Trail Blazers.