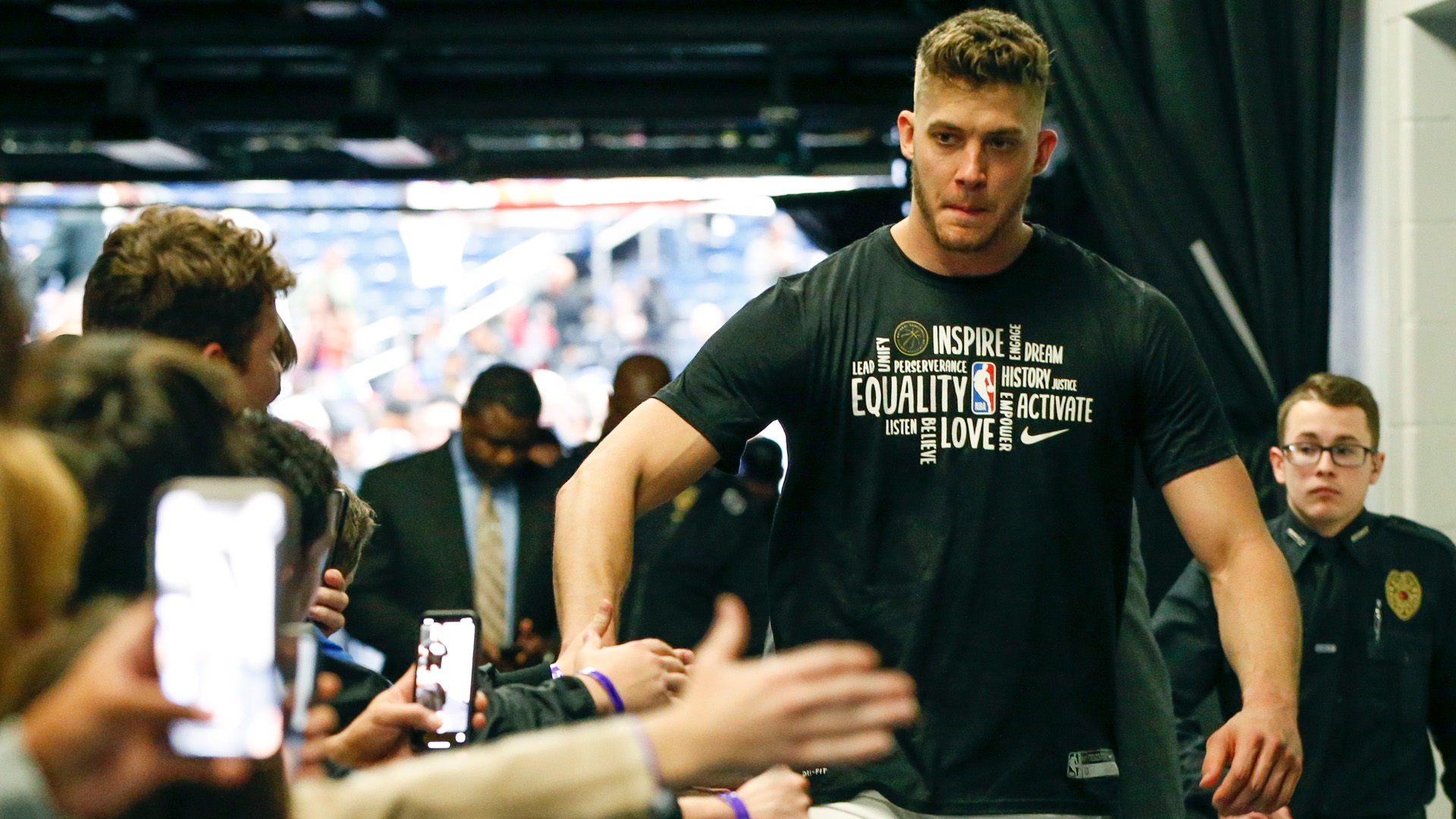 Miami Heat center Meyers Leonard has seen his role on the floor diminish since the Heat came to the NBA bubble in Orlando, Fla.

Yet, the big man has been nothing but supportive, happy and encouraging.

“My team knows this, and our coaching staff knows this,” Leonard told the Associated Press. “I would do anything to be out there. And I’d be lying if I said that I’m not competitive as hell. I wish I was impacting the game on the floor. I’m not, but as a person and as a player, I want what’s best for everybody.”

Leonard, 28, was a full-time starter before the novel coronavirus rocked the NBA in March. He completely fell out of the rotation as the Heat started to thrive in the bubble.

He’s excited about his team’s success even if he has little to do with it at the moment.

“I am, in the best way possible, the most jealous of watching our team’s success,” Leonard said. “I literally said this to my wife the other night. I said, ‘Elle, we are six wins away from a ring.’ That is so damn special.”

Last summer, the Heat picked up Leonard in the deal that sent Hassan Whiteside to the Portland Trail Blazers.

Although Leonard was just one of the pieces in the package that ultimately helped the Heat land All-Star Jimmy Butler, the 7-footer has become a fan favorite in Miami.

As a matter of fact, recent reports indicate that the Heat want to re-sign Leonard in the offseason.

During the 2019-20 regular season, the big man averaged 6.1 points and 5.1 boards per contest. He has only played in one postseason game.

The Heat participate in Game 4 of their third-round series with the Boston Celtics on Wednesday.