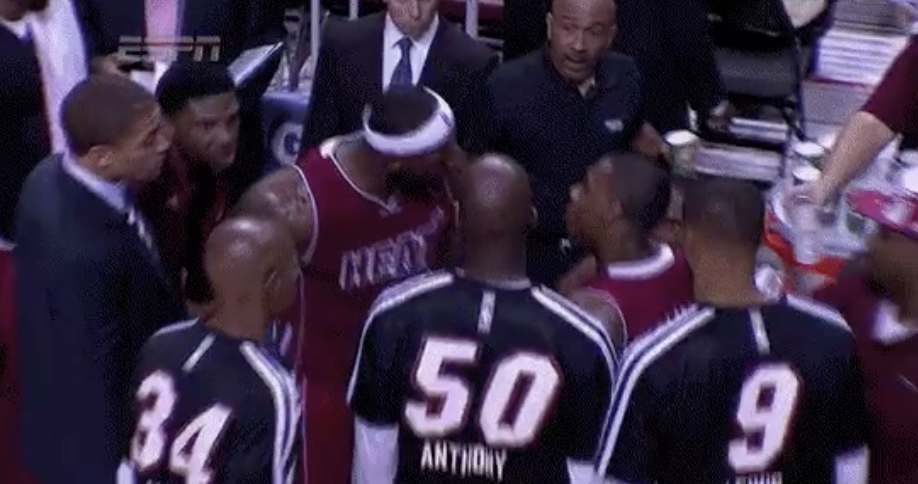 Former Miami Heat guard Mario Chalmers reportedly once called LeBron James a “b—h” on the bench during a game, which did not end well.

Fun fact: Mario was mad at Bron here for playing super passive during this game, and told him “stop playing like a bitch”, which is Bron’s trigger word. https://t.co/1WyHstHUEr

James clearly was not happy with the language from the point guard and immediately went to confront him.

Chalmers and James were teammates for four seasons in Miami and won two NBA titles together.

However, Chalmers admitted that even when they were teammates, it was hard to defer to James.

He said that letting James take clutch shots for the Heat was “difficult,” despite the fact that James is widely considered to be one of the greatest players in NBA history.

Still, Chalmers was a key cog on the Heat’s championship teams. He played eight seasons in Miami, averaging 8.8 points, 3.8 assists and 2.4 rebounds per game.

Chalmers recently expressed interest in returning to the NBA as players sat out the league’s resumption in Orlando, Fla.

As for James, he is currently leading the Los Angeles Lakers to the No. 1 seed in the Western Conference.

James is having yet another MVP-caliber year as he attempts to win his fourth NBA title.