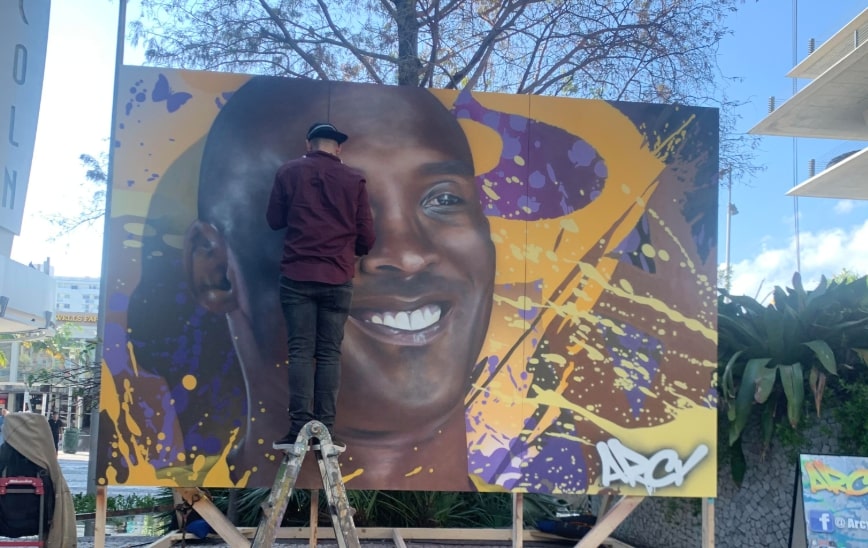 Fans all over the world are making efforts to honor the memory of Los Angeles Lakers legend Kobe Bryant.

Artist Ryan “Arcy” Christenson has taken to the streets of Miami to show his respects to the late NBA star. 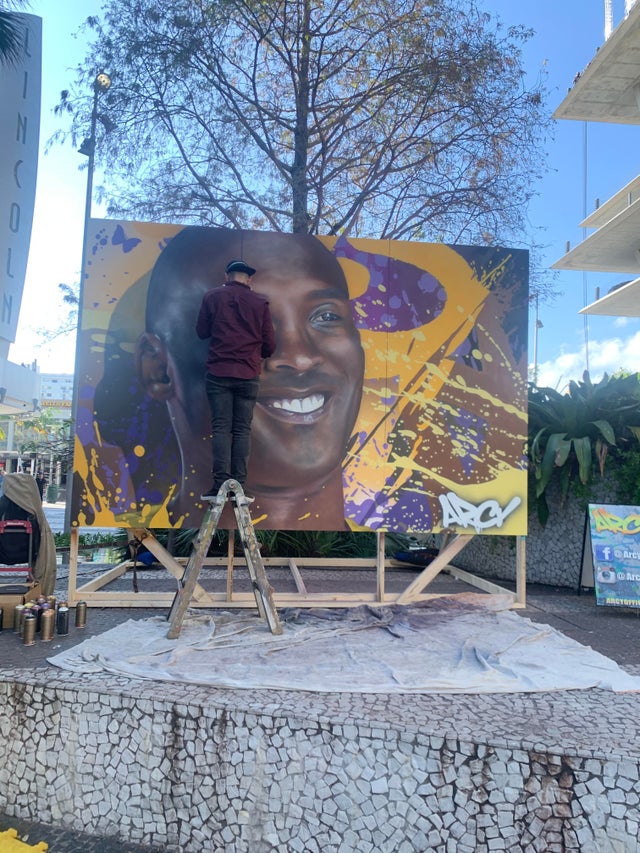 Christenson is spending the week leading up to the Super Bowl in Miami working for the “Dan Patrick Show.”

While Christenson initially planned on spending the week painting Miami figures, Bryant’s death this past weekend forced a quick change of course.

“The night it happened … they were like we need you to work a miracle for us,” he said.

Christenson went on to say that people immediately recognized what he was working on.

“You can tell people need this,” he said. “The more good energy that’s being spread out across the globe during times of grief, it uplifts people.”

He added that while the image is largely dedicated to Bryant, he made sure to honor Bryant’s daughter, Gianna, who also perished in the tragic helicopter crash.

“I put in a butterfly, a small butterfly … that is to symbolize Kobe’s daughter, who we also lost and we have to pay homage to her as well,” he said.

Certainly, Christenson hoped that he was painting Bryant under different circumstances.

Still, it is fantastic to see him offering his talents to honor the memory of the basketball icon and his young daughter.