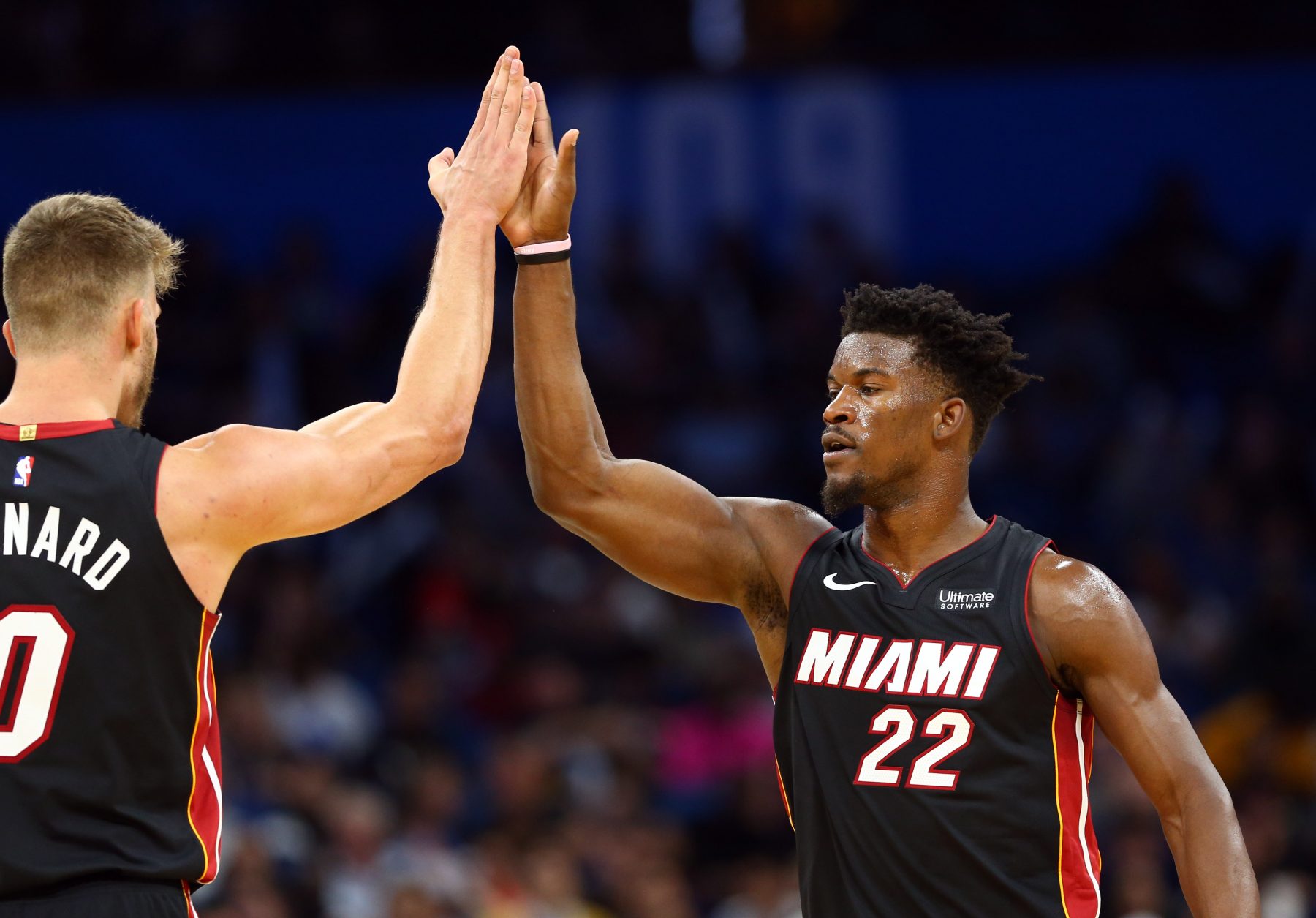 If Jimmy Butler had ever wondered whether he fits in the Miami Heat organization or not, there are three Heat legends who can attest that he does.

Alonzo Mourning, Udonis Haslem and Dwyane Wade saw that Butler had the makings of a Heat player before he ever signed the four-year, $141 million contract to play in Miami this summer.

“I noticed the DNA,” Mourning said recently. “He already had the DNA, and it was long before he was deciding whether to come here. The actual DNA he had, based on our culture, I knew that he would fit in immediately.”

Mourning’s work ethic and intensity on the court are legendary, and they are evident whenever highlights of his career are shown. Butler may not be as demonstrative on the court as Mourning, but the inner fire that drives the eight-year veteran to excellence is very similar to the Hall of Fame center’s.

It’s probably why Mourning indulges Butler after every practice session.

Haslem, the team’s elder statesman and three-time NBA champion, believes that Butler’s persona is perfectly suited to what the Heat represent because it comes naturally to him.

As for Wade, the two played together with the Chicago Bulls during the 2016-17 season, and have maintained a close relationship ever since. The recently retired guard knew all along that Butler had the makings of a Heat player.

Though he’s just about to begin his first season in Miami, Butler looks like he’s been a Heat player throughout his career. It’s as if all he needed was the opportunity to come home.