LeBron James Explains One Thing That ‘Sucked’ About Matchup vs. Miami Heat 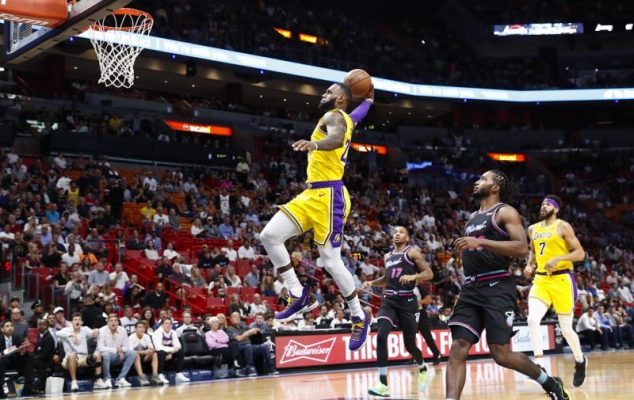 LeBron James took the court at American Airlines Arena in Sunday night’s matchup between the Miami Heat and Los Angeles Lakers, but he was sad that former teammate and close friend Dwyane Wade did not.

“It sucks, it sucks, I can’t even lie to you guys,” James said. “I mean we all know the reason why he’s not here, but to know that we only had two more games to go against each other and one of them is not going to happen, it sucked a little bit, but hopefully we’re both in uniform when Miami comes to L.A., and we can finish this off the right way.”

It was not only unfortunate for James, but for Heat fans as well. It’s clear that the four-time MVP understands why Wade wants to spend time with his infant daughter, but there’s no denying that it would have been nice to see the two take the court at American Airlines Arena together again, even if on opposing sides.

With the 2018-19 season being the final season of Wade’s storied career, the final chance fans will get to see the two take the same court will be in the Dec. 10 matchup in Los Angeles.
[xyz-ihs snippet=”HN-300×250-TextnImage”]