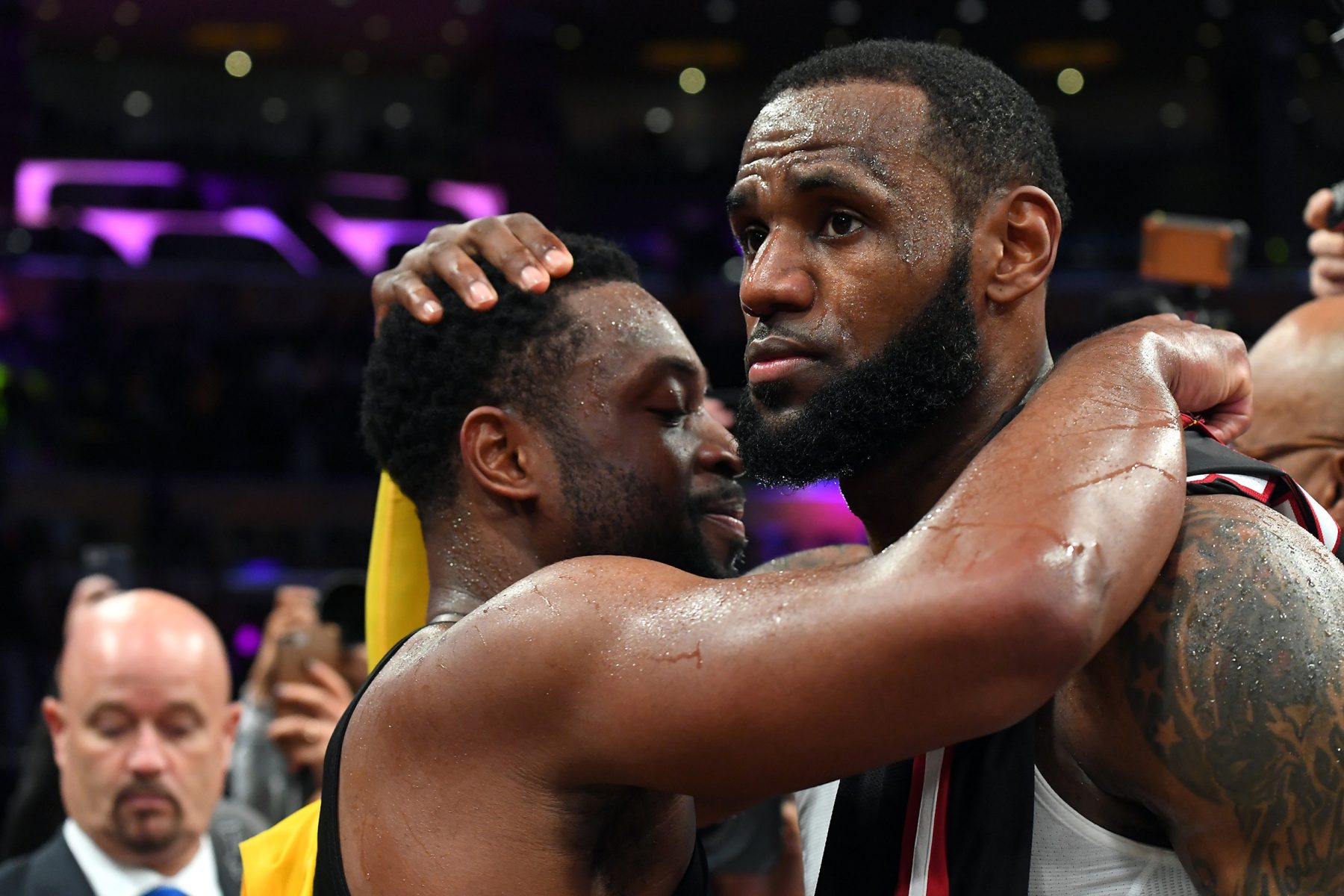 On Monday, it was reported that Miami Heat legend Dwyane Wade is set to grace the cover of NBA 2K20’s Legend edition.

Wade celebrated on Instagram soon after the announcement was made, and he wasn’t the only former Heat star to do so.

Close friend and former teammate LeBron James offered a shout-out to Wade on his Instagram story. 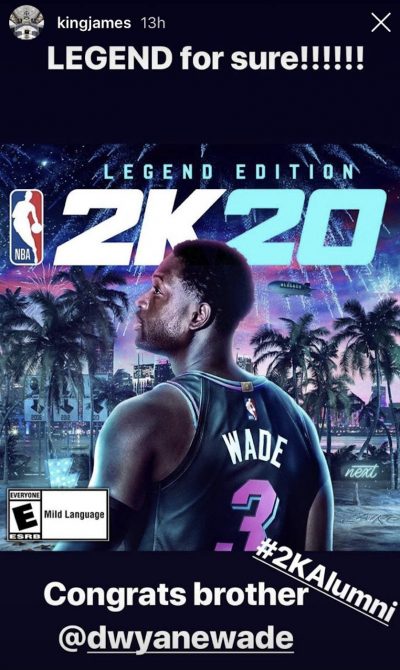 It wasn’t long until Wade responded with a thank you message to James on the social media platform as well. 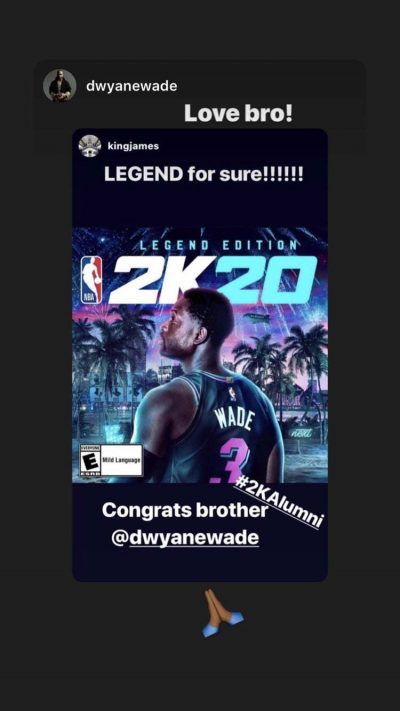 James is a noted fan of the video game series and there is little doubt that he is going to grab a copy as soon as it hits stores last this year.

He’s sure to play games with his current squad, the Los Angeles Lakers. Hopefully, he takes advantage of the game’s historic teams and spends some time playing as Miami’s Big 3 squad as well.