Lance Stephenson Claps Back at Jimmy Butler via Social Media 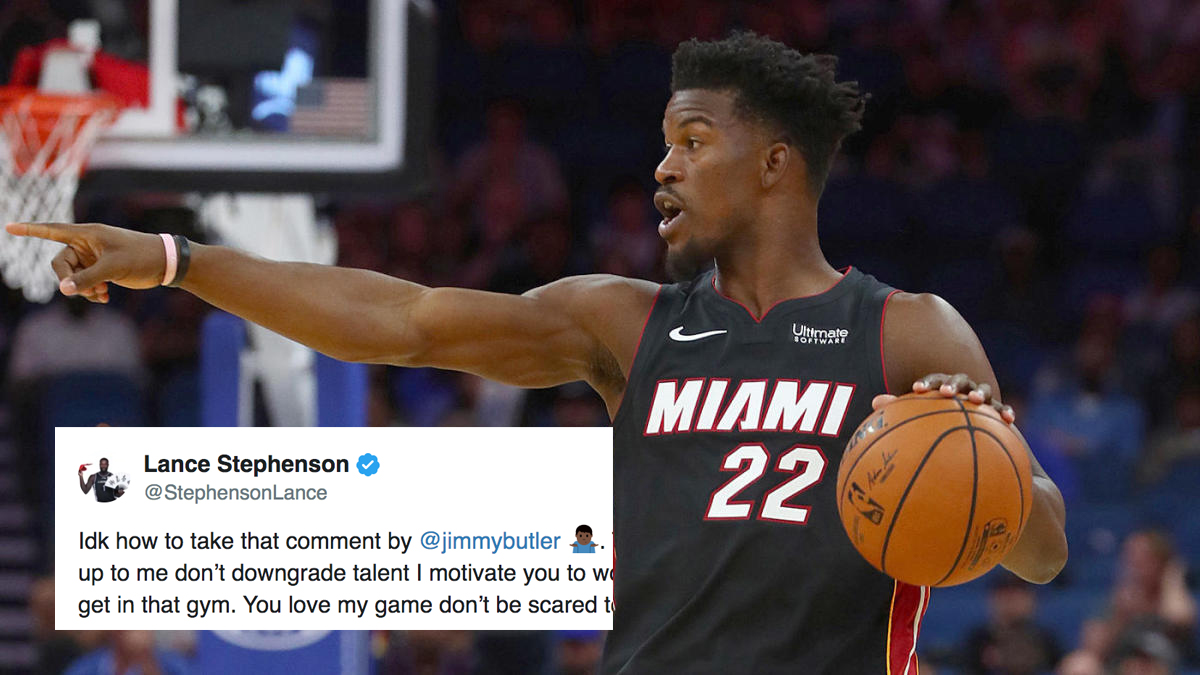 In a recent episode of the “Winging It With Vince Carter” podcast, Miami Heat star Jimmy Butler used former NBA player Lance Stephenson as an example when talking about how he knew he could make it in the NBA.

Turns out, Stephenson, who currently plays in China for the Liaoning Flying Leopards, caught wind of Butler’s comments and didn’t take too kindly to them.

Stephenson tweeted at Butler directly on Monday afternoon, responding to the comments that he clearly took as a slight.

Idk how to take that comment by @jimmybutler ??‍♂️. That boy look up to me don’t downgrade talent I motivate you to work hard and get in that gym. You love my game don’t be scared to say it.

Stephenson wasn’t the only player that Butler mentioned in his interview. He also called out Cleveland Cavaliers veteran Kevin Love for questioning his offseason predawn workouts.

Butler has long been known for not being afraid to ruffle some feathers. While Love has yet to respond to Butler’s comments, it looks like the Heat star certainly got underneath Stephenson’s skin.