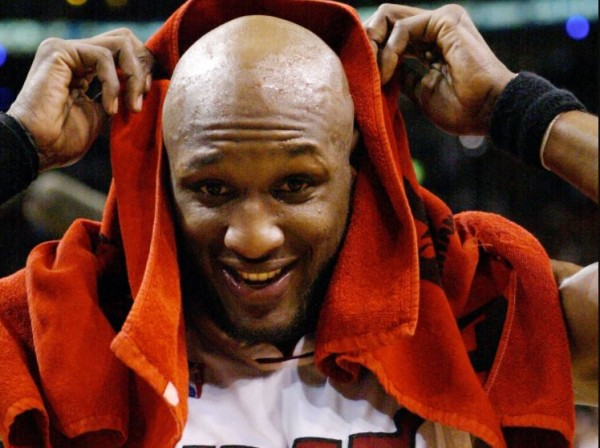 Though former NBA star Lamar Odom only spent one season with the Miami Heat well over a decade ago, his time in Miami had a lasting impact.

In a recent interview with The Vertical, Odom discussed what he learned playing for Pat Riley and the Heat back in 2003:

“There was one game when we played in Puerto Rico against the (Philadelphia) 76ers, and I shot the ball bad,” Odom said. “But I had a lot of rebounds, had two ‘and-ones’ in crunch time, and I was like, ‘Damn.’ I was down. Pat (Riley) runs up to me, reads me the stat line, and says, ‘Yeah, O. I like that (expletive). I like how hard you went.”

He continued to sing the Heat’s praises by saying the team’s program and culture will certainly maximize a player’s potential:

“In Miami, if you don’t go hard, you can’t play there. That’s why I respect their program and their tradition and their style of basketball even to this day, even though they didn’t make it to the playoffs last year. Because I played there and I understand them, I can still watch them,” he said. “I know what they’re going through in practice. They’re getting pushed to the limit. So if you have talent and you go to Miami, it’s going to come out and be maximized.”

He also said that while he spent the rest of his career elsewhere, his time in Miami still affects him to this day:

“We had (Dwyane) Wade, Caron (Butler), Eddie Jones, Rasual Butler, Rafer Alston, Brian Grant. We had a good nucleus. We had a gritty team, blue-collar,” he explained. “I took the Heat philosophy for my whole career. When I watch basketball now, I watch it through the eyes of somebody that played for the Heat.”

While the rest of Odom’s career was certainly successful, with two NBA championships and one Sixth Man of the Year award, he has more recently fallen on harder times and is currently on the road to recovery after a near-fatal drug overdose in 2015. Still, it’s clear that Odom looks back fondly on his past career and his one year playing with the Heat.
[xyz-ihs snippet=”Responsive-ImagenText”]