KZ Okpala Compares Himself to Giannis Antetokounmpo, Talks About Being Called ‘Baby Giannis’ 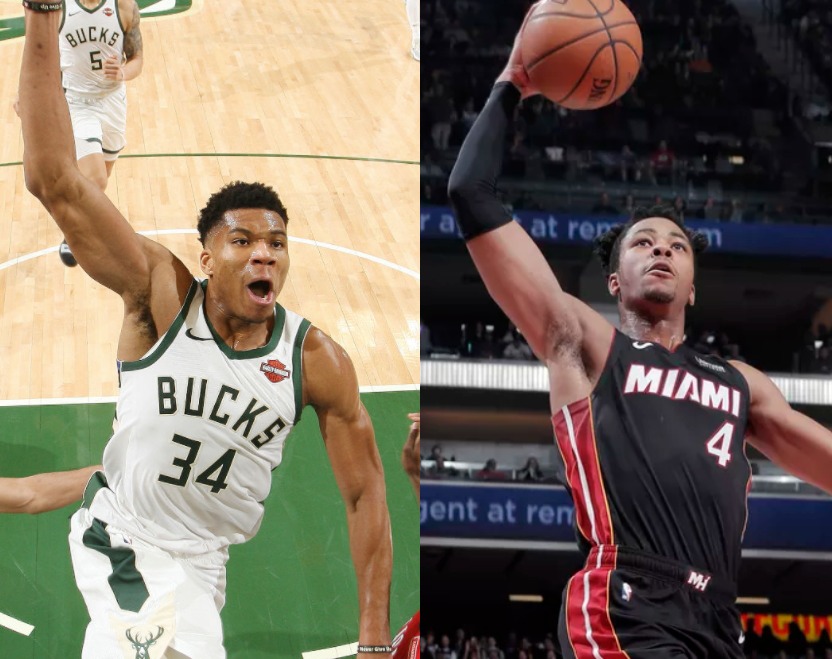 Although Miami Heat rookie forward KZ Okpala hasn’t seen many minutes in the NBA so far this season, his work ethic and dedication to improve have been impressive to teammates.

Okpala joined Five Reasons Sports Network’s “Five on the Floor” podcast to talk about a variety of topics, which included comparing himself to Milwaukee Bucks superstar Giannis Antetokounmpo.

He also touched on his thoughts about being called “Baby Giannis” by some Heat fans.

“Giannis is a beast, you know what I mean?” said Okpala. “I definitely see a lot of similarities. The way he snatches it off the board and pushes it up and uses his body to bump guys around, I think I do that in a very similar way. He’s a hell of a player and to be compared to him is a blessing.”

The Stanford University product has only appeared in five NBA games this season, with his best performance coming against the Sacramento Kings in a February road game.

He recorded seven points, four rebounds, two steals and one block in that contest.