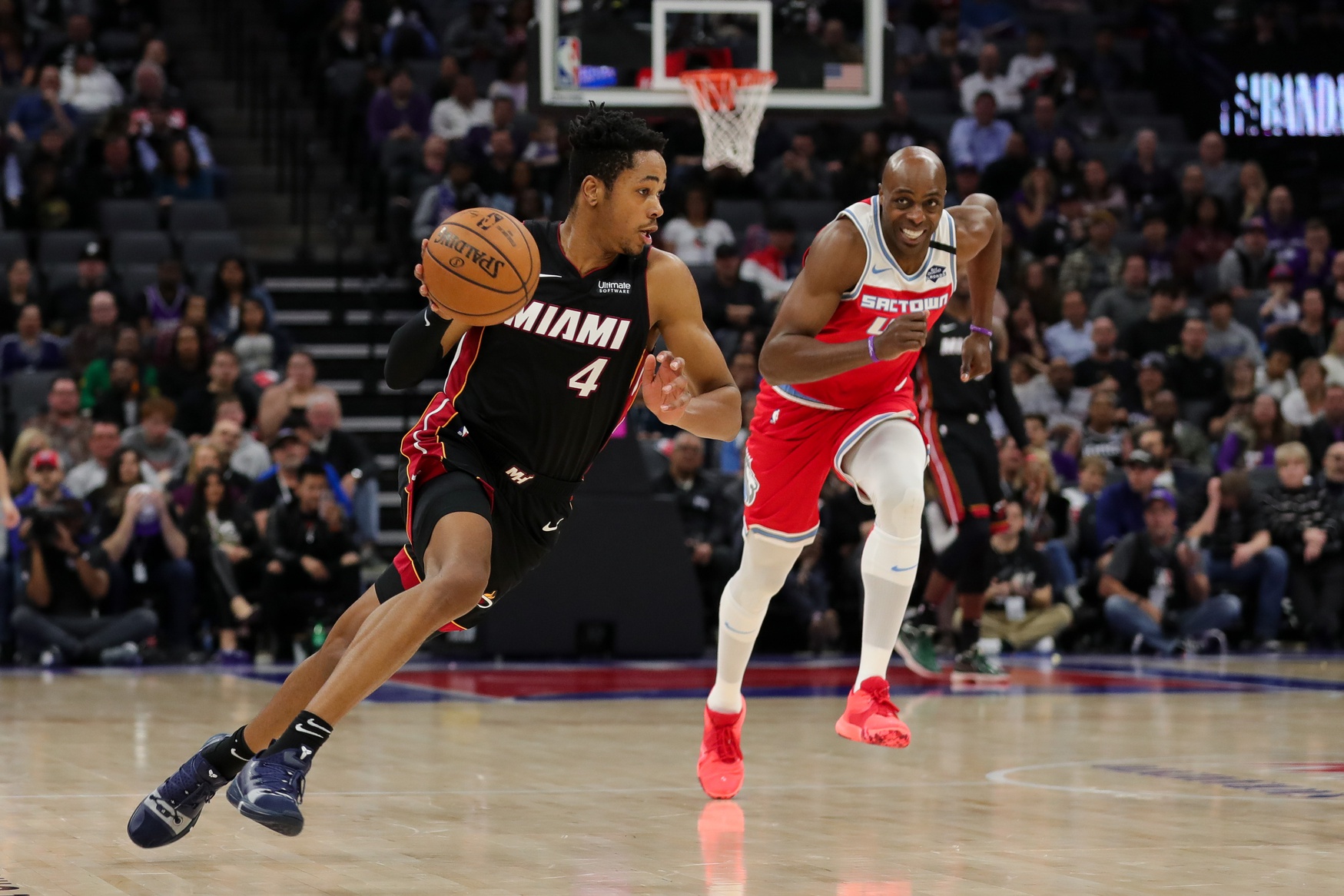 With NBA teams slowly getting back together, Miami Heat veteran Udonis Haslem is offering high praise regarding the continued development of his rookie teammate KZ Okpala.

Okpala was a second-round pick last June who wasn’t likely to make an immediate impact and spent the bulk of the 2019-20 season with Heat’s G League affiliate Sioux Falls Skyforce.

Yet, he’s made a positive impression on Haslem with his work ethic and efforts to improve his overall game.

“What I will say is when I saw him in the gym the other day, and the couple of times I’ve seen him in the gym, he’s put on weight. He’s gotten stronger,” Haslem said. “He’s working hard, and he’s got some nice moves he’s added to his game.

“For me, I like to watch these guys work out and see the things that they’ve added to their game. And the first thing I told him, ‘I like you adding all that new stuff to your game. I can’t wait to shut it down.’ For me, I love the work he’s put him, to see what he’s got.”

Okpala turned 21 during the NBA shutdown, having spent two seasons at Stanford University before being acquired by the Heat in a subsequent deal.

Not being able to join the Heat’s Summer League team because of the timing of the trade, Okpala still saw short bits of action in two of the Heat’s first four games of the regular season.

However, his health became more precarious due to a strained left Achilles, which kept him on the sidelines for 19 games. After rejoining the team for three games, he was sent to the G League.

Okpala briefly returned in February, seeing his most game action in the Feb. 7 road loss at Sacramento. In 21 minutes on the court, he had seven points, four rebounds, two steals, a block and an assist.

One of the reasons that Okpala has focused on reshaping his body is to deal with the grind of playing an 82-game schedule, with the hope of advancing to the postseason.

“That’s the biggest thing I’ve been working on, getting myself healthy, not necessarily gaining weight, but being able to withstand the longevity of the league,” he said. “That’s the focus I’ve been taking, which is different from the past.

“Because I was just thinking, ‘Get big. Get big.’ But now, it’s more work on my court strength, make sure the small muscles in my lower body are all in tune.”

It seems likely that the Heat organization, as well as Haslem share enthusiasm about Okpala. That hint of potential offers hope that the Heat’s knack for getting the most out of their players will pay off handsomely with Okpala.