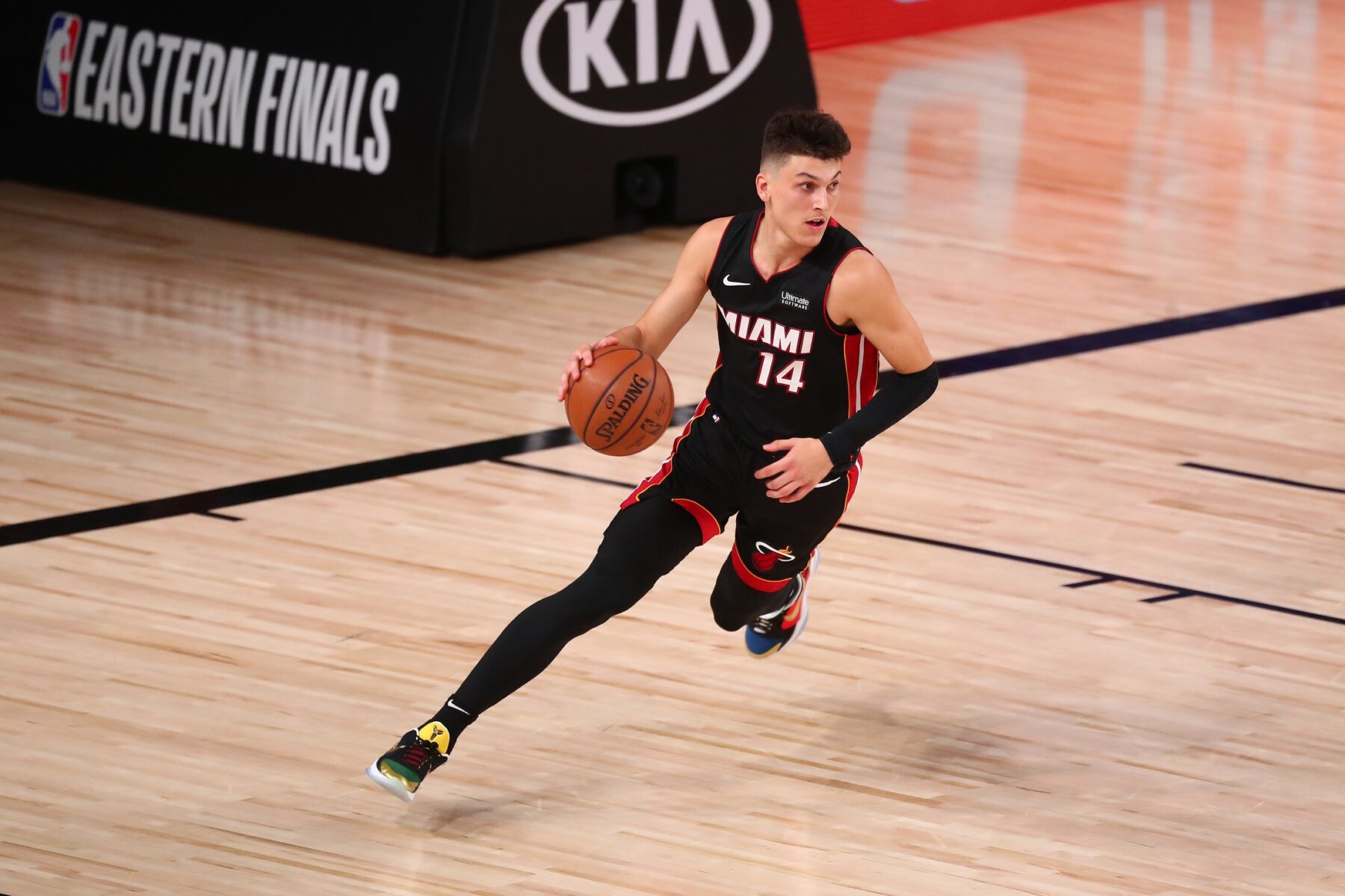 Tyler Herro made a name for himself during his rookie year in the NBA, and former NBA big man Kendrick Perkins believes that his star will shine even brighter next season for the Miami Heat.

In fact, the former player stated that Herro will make the All-Star team next year.

“I believe that he (Tyler Herro) will make the All-Star team next year.”

This is a fairly aggressive take, especially considering the established guard talent in the Eastern Conference. However, that doesn’t mean it’s impossible.

After all, Herro flashed true star potential throughout the 2020 playoffs. He averaged 16.0 points, 5.1 rebounds and 3.7 assists per game in the postseason. Those aren’t quite All-Star numbers, but they are not far off either.

Herro showed what he’s fully capable of in Game 4 of the Eastern Conference Finals versus the Boston Celtics. In just over 35 minutes of playing time in the game, Herro dropped an impressive 37 points. He oozed confidence and really showed fans around the world what he can do when asked to lead his team to a win.

Only time will tell if Herro manages to take the leap to become an All-Star in just the second year of his career. If he does, it seems quite likely that Miami would be home to three All-Stars for the season, with Jimmy Butler and Bam Adebayo sure to garner major votes next season as well.