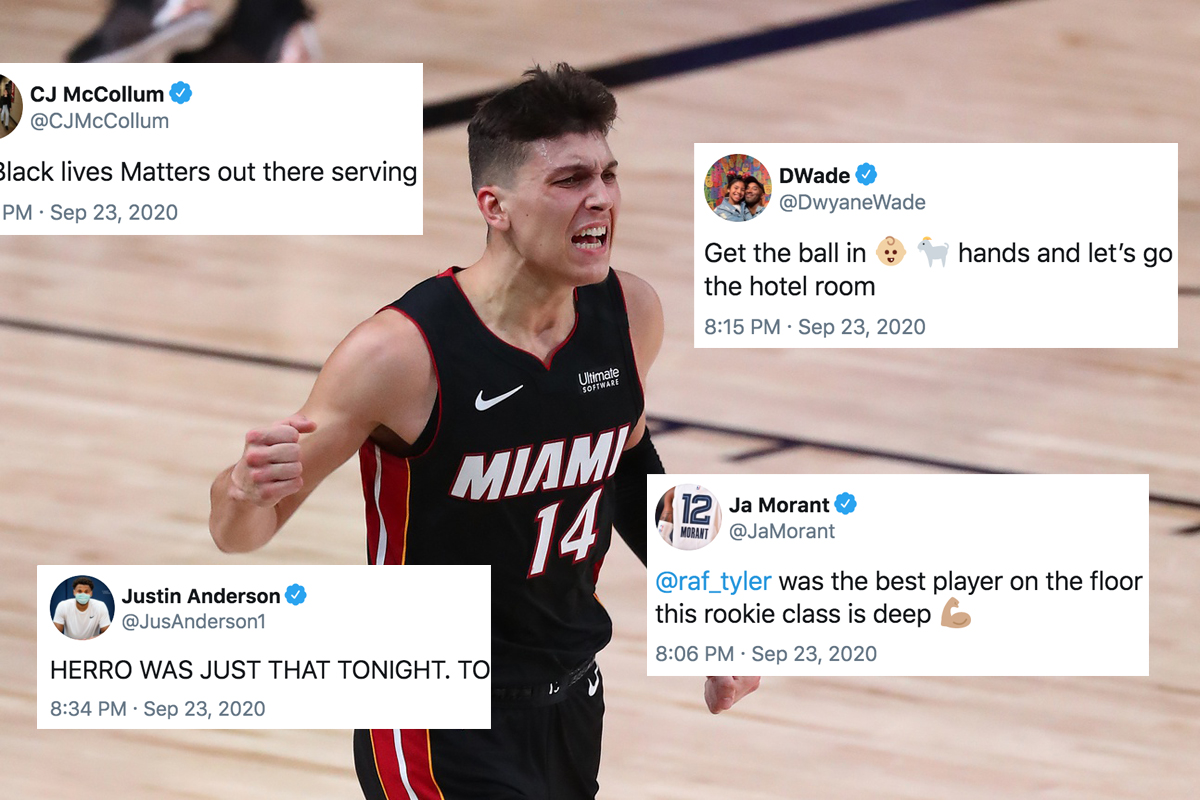 The Miami Heat took a 3-1 series lead over the Boston Celtics in the Eastern Conference Finals on Wednesday, and rookie Tyler Herro was the biggest reason why.

Players from around the league gave the University of Kentucky product some major props on social media.

14 Black lives Matters out there serving !!!

HERRO WAS JUST THAT TONIGHT. TOUGH.

Herro was not considered by most a future star coming into last year’s NBA draft. But Heat president Pat Riley saw enough to be sold on him and took him with the 13th overall pick.

Although Herro played well during the regular season, he appeared to be a role player more than a bonafide stud.

But throughout the playoffs, he has, at times, flashed his all-around game.

Herro’s ability to handle the ball, facilitate the offense and penetrate into the paint has made him an intriguing player.

In Game 1 against the Celtics, he was just one assist shy of a triple-double as Miami overcame a large early deficit to win in overtime.