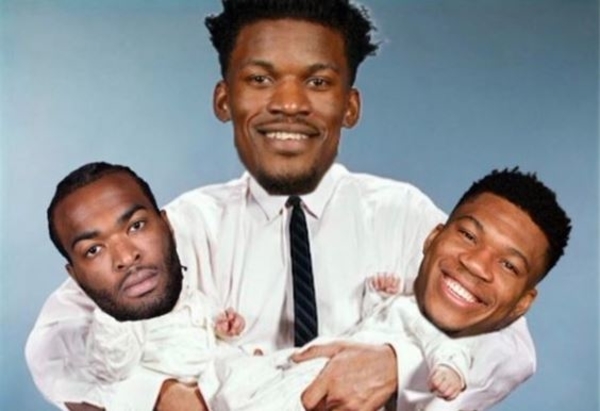 The Miami Heat have vanquished some top players on their way to the Eastern Conference Finals.

In the Heat’s four-game sweep of T.J. Warren and the Indiana Pacers, the Heat held Warren to just 20.0 points per game. That was after he averaged 31.0 points per game in the six play-in games he participated in.

Warren and Butler formed a serious rivalry during the 2019-20 regular season, but the Heat All-Star got the best of him with ease in the series.

As for defending MVP Giannis Antetokounmpo, Butler and the Heat severely restricted the star. While he averaged 21.8 points per game in the series, he never got comfortable.

It was a big reason why the Heat dominated the top-seeded Bucks on their way to a 4-1 series win.

Up next, Butler, Nunn and the rest of the Heat roster will face the Boston Celtics in the Eastern Conference Finals.

Only time will tell if Nunn will be able to add the face of Celtics star Jayson Tatum to this hilarious photograph.