Kendrick Nunn Says He’d Love to Win Rookie of the Year, Admits He Looks at Other Contenders Stats 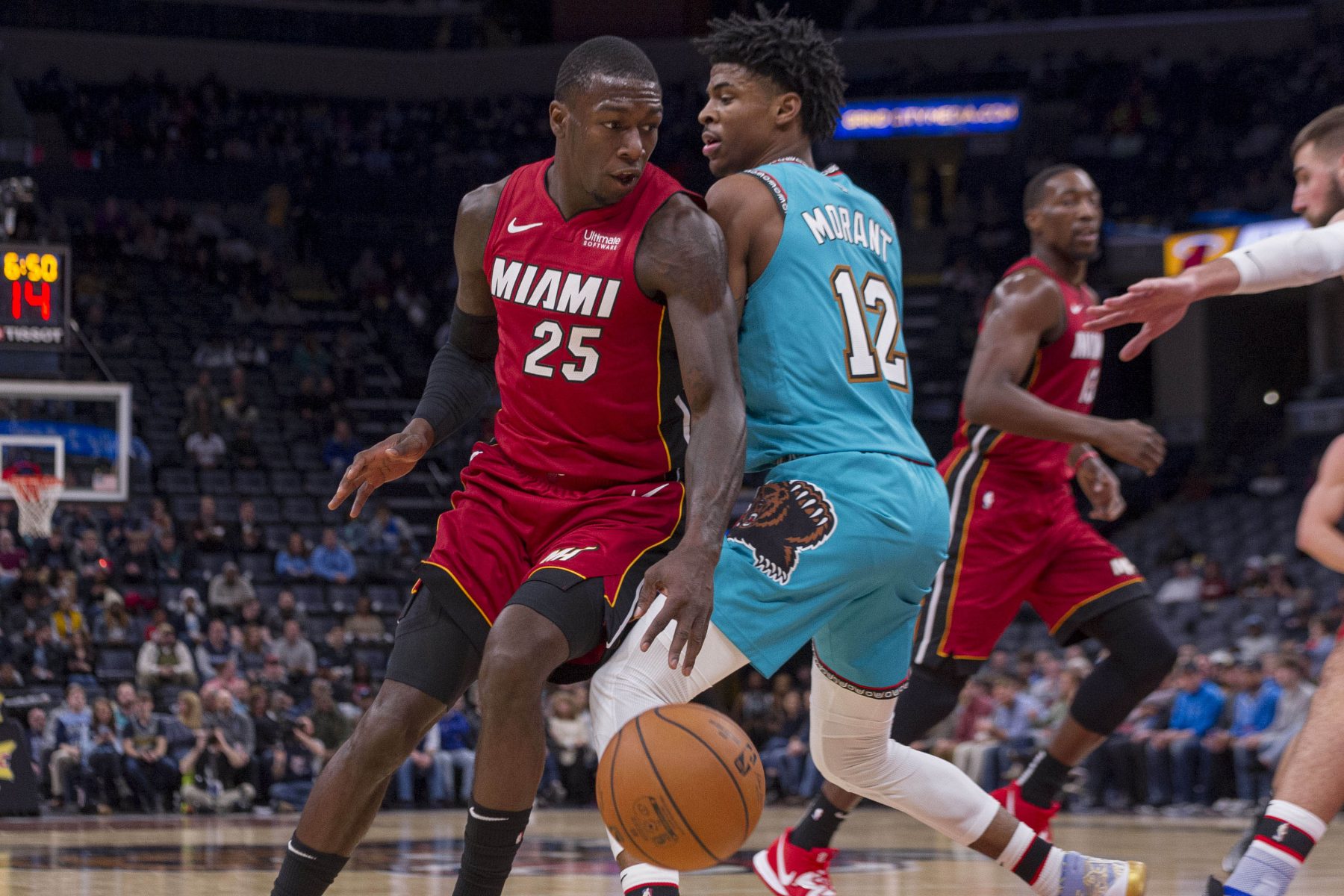 No Miami Heat player has ever won the Rookie of the Year award, but that could change this season.

Heat undrafted rookie Kendrick Nunn is making a run for the award with the way he has been playing throughout the 2019-20 campaign.

“That is definitely something I would love to achieve,” he said of potentially winning Rookie of the Year.

Nunn certainly can make a case that he deserves it.

He is currently averaging 16.0 points and 3.5 assists per game while starting in all 42 games for the Heat this season. That being said, his stats trail those of Ja Morant, who is widely considered to be the frontrunner for the award.

Nunn probably knows how his numbers stack up against Morant’s. That’s because he admitted that he does sometimes reads the stats of other contending rookies. However, he also said that it’s not a primary focus for him.

“I don’t actively look at [stats of the other rookies] but I come across it sometimes scrolling through my social media or see numbers or stuff like that,” Nunn said. “I read them but it’s not a main focus for me.”

Nunn has shown that he puts more value on winning games rather than padding his own stats. In an exclusive interview with Heat Nation before the start of the season, the 24-year-old guard said that he just wants to help the team.

“For this season, I just want to contribute in any way I can, be in the rotation this upcoming year, just contribute to some wins and go on a playoff run,” he answered when asked about his goals and expectations coming into the season.

If Nunn continues playing the way he has so far this season, not only would he have the chance to win Rookie of the Year, he could also play a huge role in the Heat’s potential playoff run a few months from now.