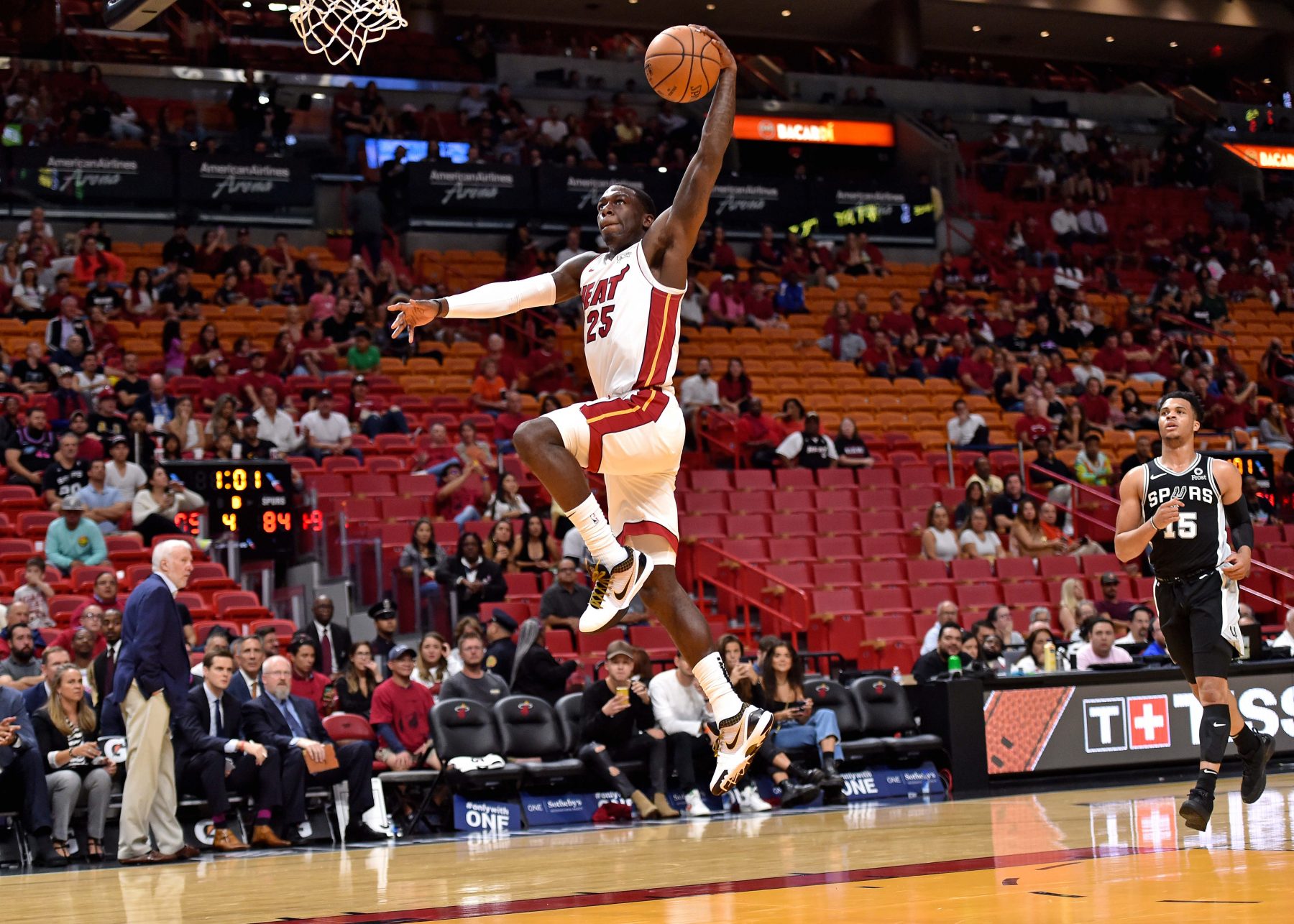 As the Miami Heat went through multiple changes this past offseason, there was one player that flew under the radar.

On the last day of the 2018-19 NBA regular season, the Heat signed guard Kendrick Nunn. However, huge moves over the summer, including the draft selection of Tyler Herro and signing of Jimmy Butler, headlined the Heat’s acquisitions.

While he didn’t get invited to any of Butler’s early morning workouts before training camp, he made sure he was ready for the preseason. For those who weren’t convinced by his Summer League production, Nunn put the league on notice during the preseason. 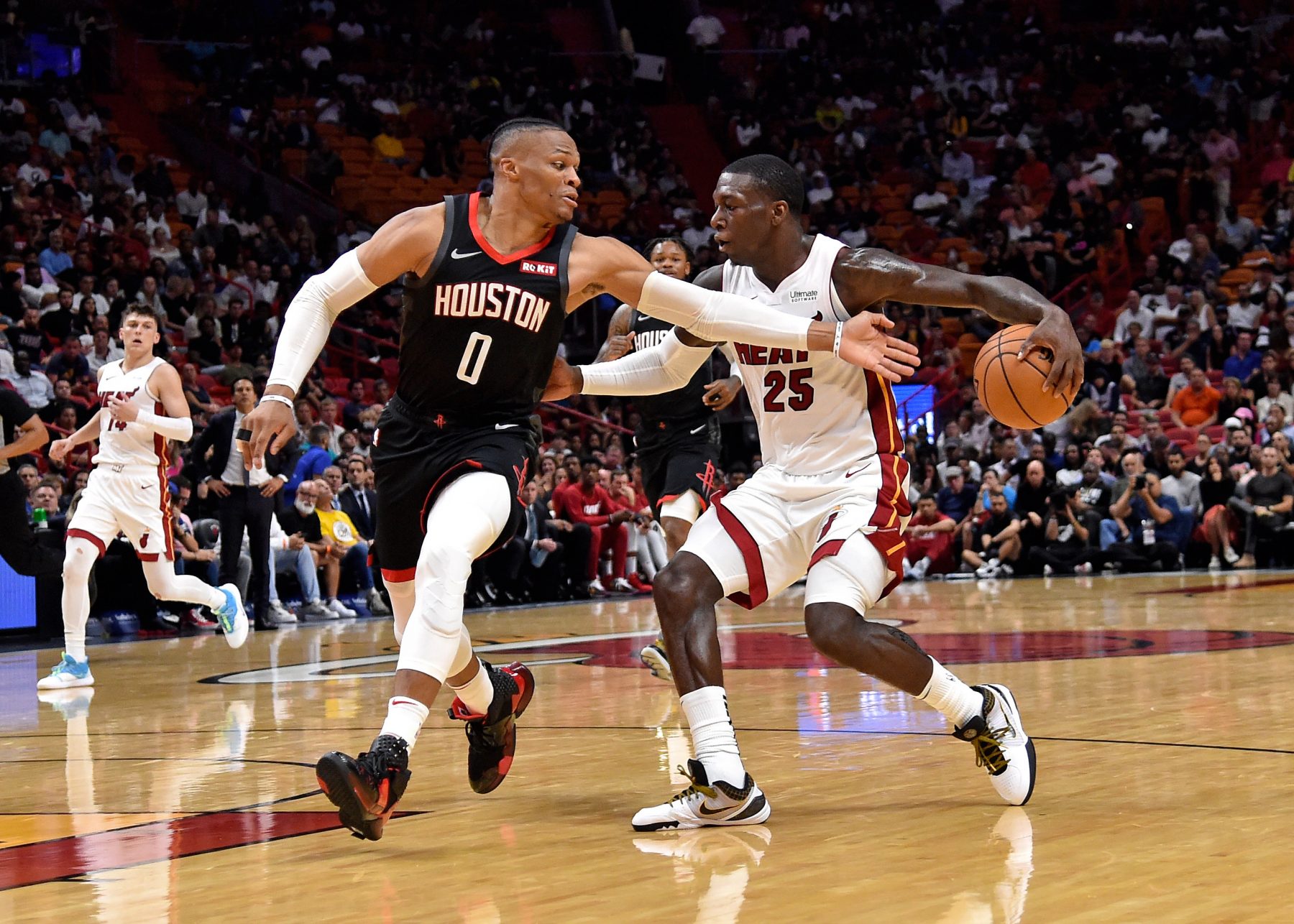 In the Heat’s preseason finale against James Harden, Russell Westbrook and the Houston Rockets, the 24-year-old erupted for 40 points on 6-of-10 shooting from distance. Furthermore, the explosive performance was the highest-scoring preseason game by a Heat player in the last 20 years, surpassing a 38-point contest by four-time MVP LeBron James.

We got the chance to exclusively talk with Nunn before he begins his big rookie season on Wednesday.

How was your summer?

Nunn: My summer was great. Just here in Miami, training, working out and playing in the summer league. That’s how my summer went really. I had a great summer.

Talk me through that Summer League experience.

Nunn: It was great. Just having that opportunity to sign with them (Heat) on the last day of the season. Last year was great, perfect timing. I got a chance to work with them during the summer going into Summer League. It just made it even better. I was more comfortable with everything and the development over the summer was great. The results showed. I had a great Summer League.

Is there an area of your game that enhanced over the summer?

Nunn: Every summer I believe my game has been going to another level. But particularly this summer I just worked on everything. My ball-handling, my passing, playing the combo position. More than training but just playing at the 1 and 2 position, being more of a ball-handler gives you more development I believe. That’s where my game went to another level.

Were you surprised how much the Heat’s roster transformed over the summer?

Nunn: Not really. This was my first summer actually being on an NBA team. I just let it happen and then I watch whoever ends up on the team after the trades. I’m glad Jimmy [Butler] came and plays for the Heat.

Do you have any goals this upcoming season? Expectations?

Nunn: For this season, I just want to contribute in any way I can, be in the rotation this upcoming year, just contribute to some wins and go on a playoff run.

What stands out about the Heat’s culture?

Nunn: Just the mentality that goes into everything, hard work. There’s great people in the organization. It’s a lot of love. The coaches are great. We work hard, do things the right way. I think we’re one of the best organizations in the league.

Do you have any personal career goals?

Nunn: I definitely want to be an All-Star.

How good is Tyler Herro going to be?

Is there anybody you emulate your game after?

Nunn: I study the elite guards in the NBA. I have good footwork like C.J. McCollum. He’s real crafty. The elite guards, point guards, that’s where my game will go to another level, just studying that.

Which veterans are you surrounding yourself with and taking advice from?

Nunn: All the vets that have more experience than me. I’m all open ears. Typically like U.D. (Udonis Haslem) because my locker is next to his and J.J. (James Johnson). I’m in between them. They’re always giving me tips and advice and stuff like that. They’ve been in the league so long so they have advantages. So whatever it is, helping me during practice and stuff like that, talking to me, has helped me out.

What did it mean to you to see Dwyane [Wade] encourage you on Twitter?

From what I’ve seen i like that kid a lot https://t.co/VV4CbnF5Tq

Nunn: It meant a lot. Just that he respects me and the way that I handle myself. It means a lot coming from Dwyane Wade, someone I look up to.

What do Heat fans need to know about you?

Nunn: The nickname “K9” comes from being a dog on the court. I’m a nice guy to talk to. I’m really down to earth.