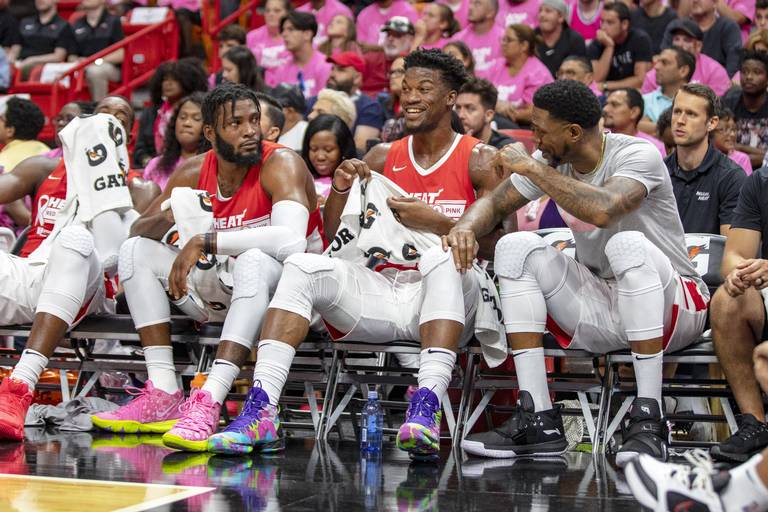 During the Miami Heat’s loss to the Memphis Grizzlies on Tuesday, veterans Jimmy Butler and Kelly Olynyk paid a visit to former Heat forward Justise Winslow.

Winslow, who suffered a season-ending injury in the bubble, was very appreciative of his former teammates’ portrayal of love.

Although Winslow was one of the best prospects in the draft, he never became the star the Heat had hoped for.

Winslow dealt with various injuries over the course of his time with the Heat. The Duke University product only played in 11 games with the Heat this season.

In February, the Heat sent Winslow to the Grizzlies in a three-team trade.

In addition, the Heat had to part ways with James Johnson and Dion Waiters in the trade. However, they acquired 2015 NBA Finals MVP Andre Iguodala, as well as proven veterans Jae Crowder and Solomon Hill in the deal.

While Winslow was looking for a resurgent stint with the Grizzlies this season, he suffered a hip injury in the NBA bubble that will force him to miss the rest of the 2019-20 campaign.