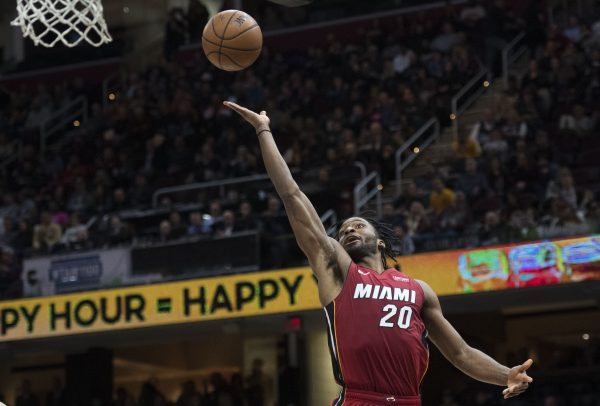 Justise Winslow has been a serious bright spot for the Miami Heat this season, and on Sunday, Heat head coach Erik Spoelstra fielded questions about whether he believes Winslow has the potential to become an elite scorer, who can average 20 points or more per game.

“I’m open to anything right now,” Spoelstra said. “But it’s a little bit more dynamic, complex than that. He has a lot of responsibilities, getting guys involved from that position and facilitating and getting us organized are very important to us. But he’s striking that balance of being aggressive, and it’s something he’ll continue to get better with.

“In terms of his development, he’s 22 years old. I don’t want to put a ceiling on him. The next big step will be consistency.”

Winslow was a breakout candidate for all three of his first seasons in the NBA, but a lack of confidence and recurring injuries led him to average just 8.3 points per game during that time.

It wasn’t until this season, when most experts around the league started to question whether the Duke University product would ever be able to put it all together, that he began to truly flourish.

In Miami’s Friday night win over the Cleveland Cavaliers, Winslow scored a team-high 27 points on 11-of-18 from the field and 4-of-6 from beyond the arc.

Now, with the All-Star break less than a month away, Winslow will look to finish out his breakout year on a high note. It is unclear if he will become an elite scorer anytime soon, but if he does, the Heat will reap the benefits of yet another homegrown star.
[xyz-ihs snippet=”HN-300×250-TextnImage”]